Aash to organise joint wedding of 45 destitute girls in Budgam 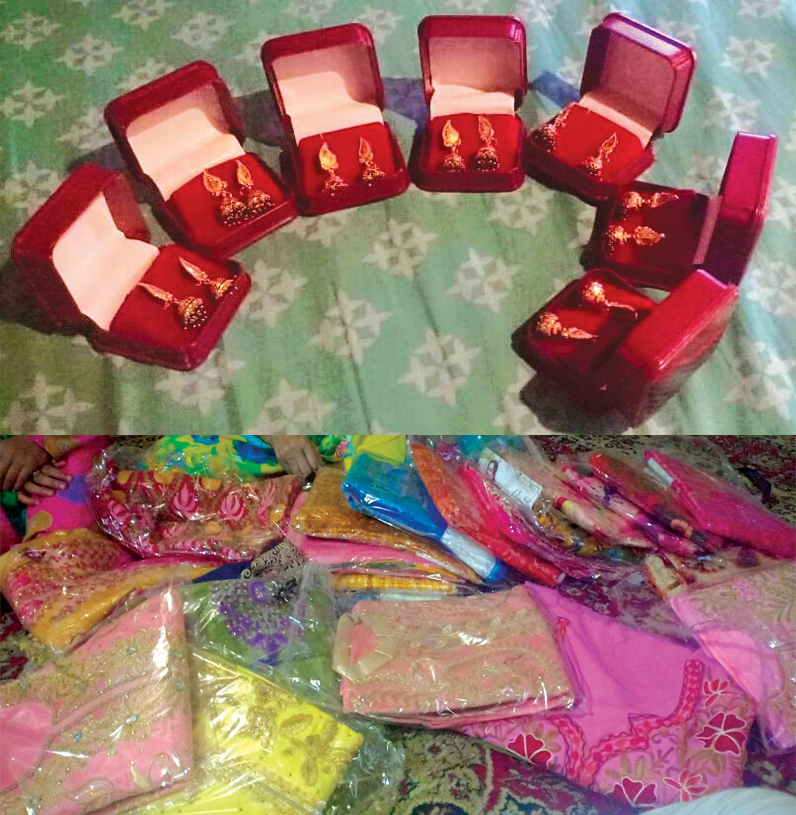 Srinagar, Oct 2: ‘So, you are into social work. But what do you do for a living?’ is the usual response Qurat-ul- AinMasoodi, a young social worker, elicits on introducing herself.

Yet, a very few people know the difference her non-governmental organisation, Aash, has made to several lives. And these days, Qurat-ul-Ain and her team is ready to organise a joint wedding for 45 destitute girls at Khansahib, Budgam, in central Kashmir.

Making the event, scheduled to take place on October 9-10, has taken them two months of untiring efforts, which includes the team making an ‘elementary marriage kit’ available to each bride-to-be.

The kit comprises a copy of the Holy Qur’an, dresses, footwear, gold earrings, and a sewing machine.

“It might be my passion to help people, but right now it is more of a responsibility.  I am accountable to 90 families, and I want to ensure that this event becomes a memorable one for them,” Qurat-ul-Ain explains,

Visibly tired by the sleep deficit and longer working hours, she constantly makes calls to enquire meticulously about the marriage paraphernalia.

For Qurat-ul-Ain, life is a constant battle against institutions that ought to offer care and support to needy people.

A certain day, Qurat-ul-Ain explains, she was on a fieldtrip when two young girls desperate for help met with her.

Their families had been unable to get them married owing to financial constraints. The deplorable state of their families shocked her.

“When these two girls approached me, I was helpless, for I had no funds to offer assistance. However, I circulated their plea around and received a good response. Soon after, two more girls appealed for help, and so the number kept increasing from there,” explains Qurat-ul-Ain, who calls Mother Teresa her inspiration.

“Majority of these girls are orphans and have almost no means to get married. As the number grew, I decided to conduct a mass marriage instead of getting them married individually.”

The journey from the initial appeal to raising enough funds has been a bumpy ride; she faced one hurdle after another.

Only her belief in the “basic goodness of mankind”, and the strength of her principles steered her team away from giving up.

“People here are very sceptical about giving donations. They begin to smell rat in everything,” says the social worker.

“I won’t blame them as there are many fraudulent organizations who take undue advantage in the garb of charity. I had a really hard time convincing them for donate for the cause. It’s my inner strength that has helped me to fight back.”

Having “observed closely the hypocrisy of the society”, she laments the extravagance in weddings, and holds it directly responsible for the “growing number” of dowry deaths.

“This evil is increasing on account of the onslaught of consumerism and materialism. The only way to defeat it fully is that the girls must respect themselves as equal partners in building a society. They must insist upon equal rights, and boys must learn that asking for dowry is a heinous act, not something to be perpetuated,” says Qurat-ul-Ain.

She believes that in order to curb social evils, mass weddings are important.

“The present statistics suggest that around 30,000 unmarried girls including widows have crossed the age of marriage. Their prime reason of not getting married is because they don’t have the resources to bear the marriage expenses.”

The young social worker desires to organise more such weddings in future.

“You see, these mass marriages will itself lead to anti-dowry campaign. It’s a revolution, and revolutions happen gradually, not in one go.”

She is also planning to expand her work to other districts.

“For now, I have focused on just one district but we have plans of covering other districts as well. I want to make mass marriages a common phenomenon. Once that happens, the imbalance created by the social evils will get fixed on their own,” says Qurat-ul-Ain.