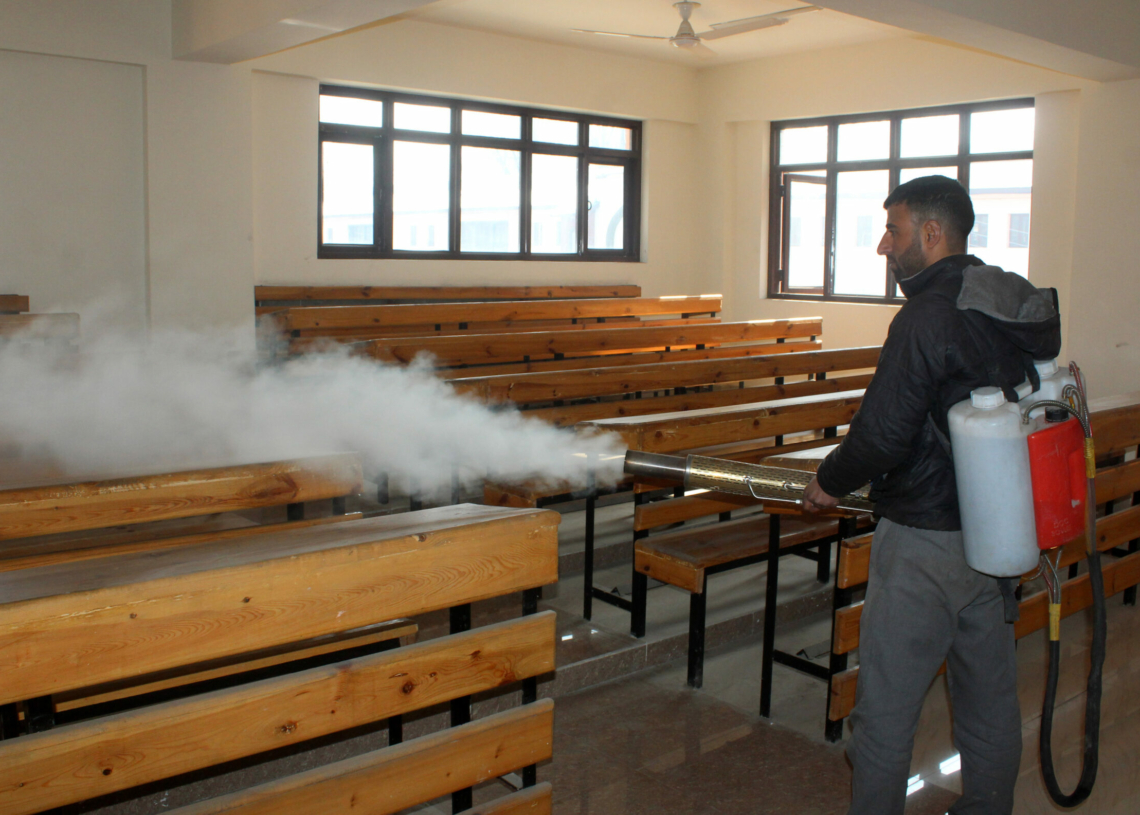 Earlier this month, the Delhi University had issued an official notification announcing that it would hold physical classes for Science stream students in view of a decline in coronavirus cases, following which a section of teachers had expressed displeasure over the university’s decision to call students to campus.

The university had later deferred its decision, with DU registrar Vikas Gupta saying that the Delhi Disaster Management Authority had not issued any guidelines on reopening of campuses.

Talking about the Delhi government’s latest announcement that schools and colleges can reopen from September 1, Gupta on Friday said, “We have an executive council meeting on August 31 and we will plan after that and hold a meeting. We won’t be able to resume from September 1. Whenever we open, we will first open for Science students.”

The Delhi University was closed since March last year due to Covid but allowed final year students to return to colleges for accessing labs and take practical classes in February this year.

However, the classes were suspended again in April due to the second Covid wave.

“Whatever are the guidelines issued by the government with respect to Covid, we will follow as an educational institution. Our students are spread across the country and some of them might be living in places where the pandemic is still there. We will give them some time to return. Once the government order comes, we will discuss and plan so that students are not left inconvenienced,” Kumar said.

The university’s students’ union has been demanding the reopening of campus in a phased manner.

Schools for classes 9-12, colleges and coaching institutions will reopen in the national capital from September 1 after prolonged closure due to the COVID-19 pandemic.

The decision was taken in view of a marked improvement in the COVID-19 situation in Delhi, following a recent brutal second wave of the infection which claimed many lives, with the shortage of oxygen at hospitals across the city adding to the woes.

An official from Jamia Millia Islamia said the educational institute will wait for UGC guidelines in the matter before taking any decision on resumption of physical classes.

“We will discuss the reopening of campus with our decision making bodies — the Academic Council and Executive Council and all the stakeholders. We will also wait for the UGC guidelines in the matter, he said.

“We have many students from Kerala where a large number of coronavirus cases are being reported so we will have to see. We might not be able to open hostels because proper arrangements for food and other things need to be made, he added.

The Guru Gobind Singh Indraprastha University and the Ambedkar University said they will comply with the official order and follow all the guidelines.

An official from the Ambedkar University said a plan of action will be chalked out in consultation with the deans of schools.