KASHMIR – The Young & The Restless 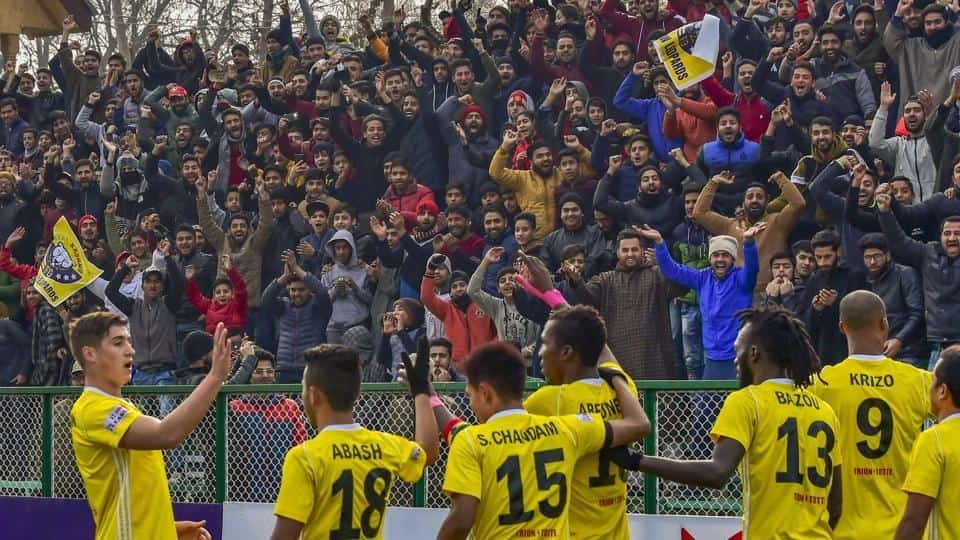 Kashmir has been a continuous topic for debate and discussion since the time Maharaja Hari Singh signed the ‘Instrument of Accession’ on 26th October, 1947. Article 370 of the Indian constitution gives Jammu & Kashmir (J&K) a status of a ‘special autonomous’ state, giving the state most of the power, and restricting the Central government to only Defence, Foreign Affairs and Communications. However, over the years, despite the presence of Article 370 and because J&K cannot sustain as a state on its own, it has become a full state of the Dominion of India with the center controlling all items of the ‘Union List’ and the state controlling all items of the ‘State List’.

However, using this as a reason, the separatists demand freedom as they claim that the Union of India does not have the right to exercise control over them (people of Kashmir). This clash between the Government of India, and the separatists backed by Pakistan, has led to the rise of armed militancy, and hence, the imposition of strict acts such as the Armed Forces Special Powers Act (AFSPA) and the Public Safety Act (PSA). The militants have, however, capitalised on the misuse and excesses by the security forces, to further their cause.

The preamble of the UN states: “…Young people in all parts of the world, living in countries at different stages of development and in different socio-economic settings, aspire to full participation in the life of the society.”

The youth are vital, potential agents for positive social change; however, if their energy isn’t channelized correctly, they can become highly rebellious in nature. Since the peak of militancy was in the early 90s, when AFSPA and PSA were invoked in J&K, and the tension and conflict was therefore heightened, the children born in that disturbed time, are the youth now. They are the children of conflict who were born, brought up in conflict. So what does one individual, who has seen, lived through, and been taught conflict do once he matures and is stimulated even further by getting romanticized by the idea of militancy?

He himself decides to be a part of that conflicted world, primarily through violence. There is increasing disillusionment of the youth, with the non-violent means used by their elders, which weren’t fruitful, that resulted in a lot of the youth losing respect for their elders; to the extent that they have started preaching different forms of Islam, such as the Wahhabi form, and even go to different mosques, which wasn’t the case earlier. In many villages, especially in the South of Kashmir, the total capacity of various mosques outnumbers the population of the entire village and, in some cases, many villages put together.

However, these were just the seeds for the prevalent conflicts; and just like seeds, they need to be nurtured to be able to grow and mature. The causes of the unrest have been built up over the years. There are four primary aspects which have nurtured this unrest and allowed it to grow into what it has become today: radicalization, polarization, communalisation, and alienation. The separatists in Kashmir have been, and have socially radicalised numerous youths, over the years, primarily due to them being vulnerable, because they are children of conflict. They have been politically polarised into separate factions due to the different political ideologies that are prevalent. They have been communalised by the divide amongst the three main religions of J&K: Islam, Hinduism, and Buddhism, and lastly, they have been alienated by the civil society of their own country, India.

I, myself, a Kashmiri, although born and brought up in Delhi, have witnessed the discrimination we face as well as seen the scarcity of the people of Kashmir spread across the country. The effects of these four aspects are further bolstered by the lack of avenues and opportunities in the state. The youth doesnot have enough job opportunities in the state, enough recreational facilities to indulge into, and enough entertainment platforms to use: in short, there is a huge lack of the needed infrastructure to correctly channelize the energy of the youth into more productive and salutary work.

Although, the youth are most stimulated by and interested in entertainment, especially through social media, in the case of Burhan Wani, ironically, he optimally used the same social media to achieve his goal of recruitment and furthering his cause. Militancy has been characterized by the weapons and the perception of control that militants exercise, that it has become appealing to the youth especially because of the easily accessible social media platforms. Due to the aforementioned reasons, coupled with an energetic and restless youth without an idol to look up to, and no options to channelize their energy, Burhan Wani became a local hero.

A solution to this isn’t curbing rights or using brute force to suppress the people, but is to counter the separatists and appeal to the youth, at multiple-levels. Accepting the current situation, engaging with the youth, and countering the separatists, is the way forward to reduce/end the prevalent unrest. For every Burhan Wani, there is  Mehrajuddin Wadoo, the inspirational footballer, or AtharAamir, the youngest IAS topper. More idols need to emerge so that the youth can idolise them and strive to be the change. The youth has to look up to true heroes and not, ‘make-believe’, self-proclaimed, pro-militancy individuals.

In addition to that, to help channelize the youth’s energy, new job opportunities need to emerge. However, they need to be concentrated in small-scale industries, but large in numbers,like embroidery, craftsmanship, tourism, etc. since those have always been the state’s strong-suit. New avenues for sports, recreation, and entertainment need to open up so that the narrative in the youth’s mind can be changed and the wasted energy in violence can be effectively utilised. For instance, since football is a very popular sport in the state, it should be promoted so that stars can emerge, heroes can be created, and, most importantly, the youth’s energy can be effectively channelized. In addition to that, student unions should be allowed to be formed so that the youth can have a reasonable platform to understand the concept of democracy, debate, and dissent, so that they can have a voice, and be heard. However, these are just the short-term solutions. The real, long-term, play lies in changing the mind-set, using the different tools at hand.

In schools all across the country, and in most parts of the world, democracy is instilled from the very beginning. For example, in my school in Delhi/NCR, The Shri Ram School Moulsari Campus, elections are held amongst the student body for choosing all house captains and school captains; but this is not the case in J&K. In Kashmir, many teachers play a vital role in the radicalization of these children, especially by portraying them as ‘victims’: that the people of J&K are victims of oppression and subjugation. This in turn, has transformed into a sort of ‘habitual ism’, by making the radicalized youth feel a sense of ‘victim hood’ and cause them to, habitually and involuntarily, believe that they are victims and are special from the rest of the country. Liberal, correct, and regulated education will play a major role in changing the mind-set of the children currently in school so that the future youth, 10-15 years down the line, would have the ideal outlook and perception.

In addition to education, the Indian Civil Society has to play a major role as well; mainly by setting up social institutes (NGOs) and getting rid of the “us (the country) VS them (J&K)” syndrome, to include the Kashmiris into the society. As has been the case, social institutes play a huge role in building the mind-set of the children today. Till date, to a large extent, the civil society and academia of India have failed the people of Kashmir by only sensationalizing the Kashmir issue rather than doing something about it and have alienated the people rather than including them into the society. If more social institutes work in J&K, along with a revised education system and more avenues for recreation and employment, I’m positive that the youth of the near future will be different, for the better, from that of todays. I for one will continue to strive to make Kashmir that paradise on earth it actually is.

(Arhan Bagati is a student at Pomona College, US. The views expressed are author’s personal)