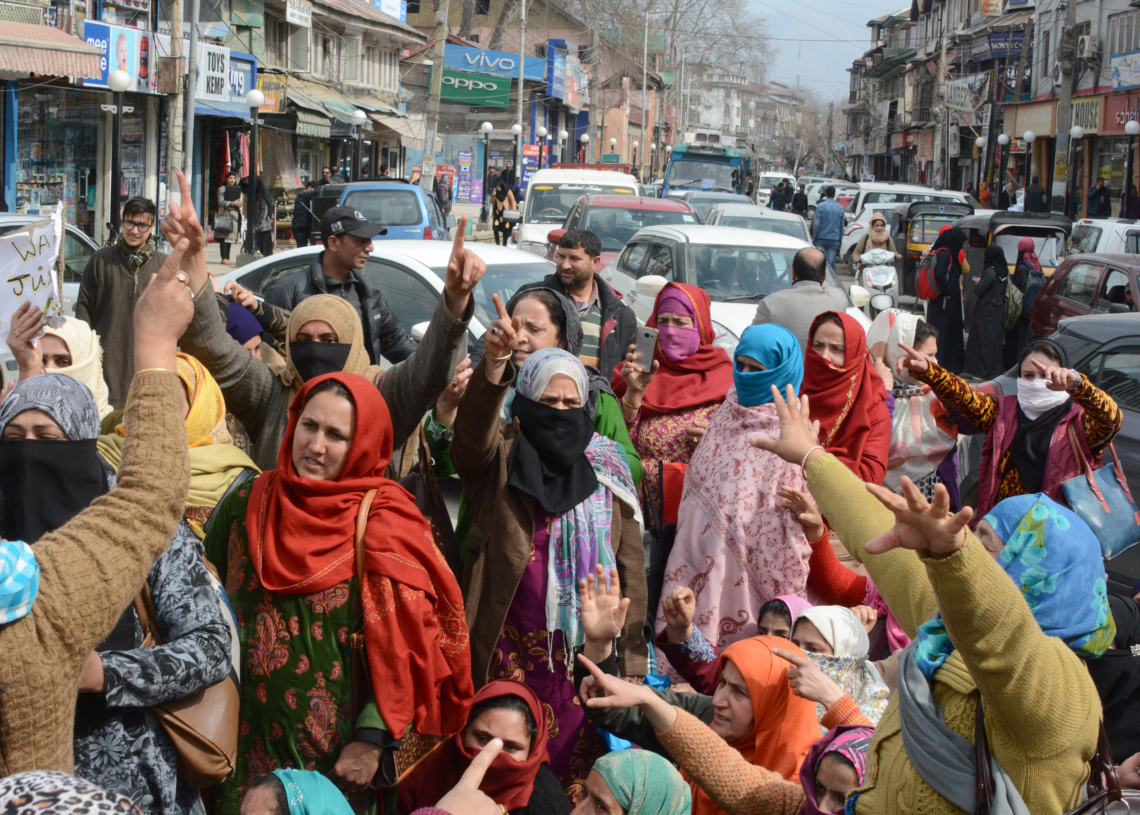 Srinagar, Feb 21: In absence of any response from the Jammu Kashmir Government, Anganwari workers continue their protest alleging that concerned authorities are showing callous attitude towards them and are showing no interest in resolving their problems.
Scores of Anganwari workers and helpers under the banner of J&K Anganwadi Workers and Helpers Association yet again arrived here in Press Enclave Srinagar and raised anti-government slogans.
They blocked Residency Road for some time and set official documents on fire.
President, Anganwadi Workers and Helpers Association, Tasleema Subhan told CNS that they have been protesting from past three weeks but so far there is no response from the government.
“When other Indian states can raise the honorarium of Anganwari workers up to Rs 5000 without any protest, why can’t Jammu Kashmir government do it. We get an honorarium of Rs 600 only that is insufficient,” she said.
They also demand retirement incentives. “Why government can’t provide us incentives? Many of us are widows and where will we go after retirement”, they asked.