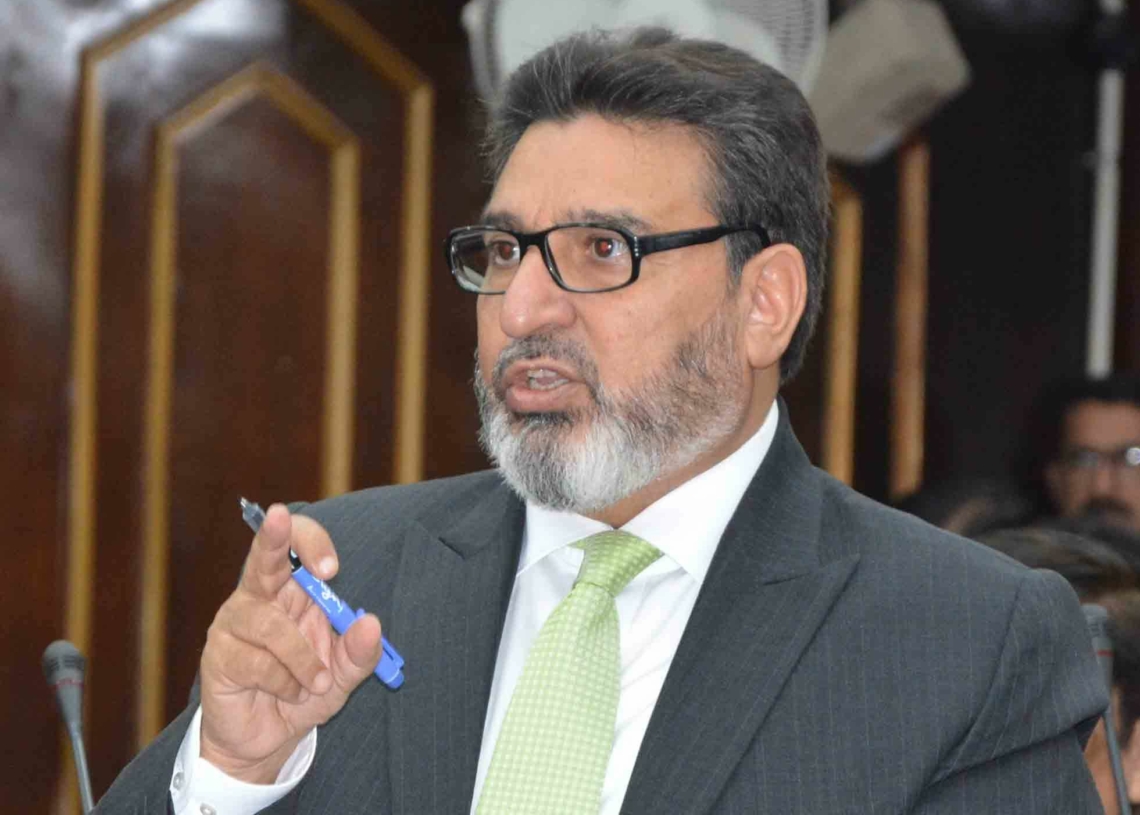 Jammu, Feb 6: Minister for Education, Syed Mohammad Altaf Bukhari today informed the Legislative Assembly that the State Government has recently approved 17 new Degree Colleges to be established in the uncovered areas of the State.
“The locations for setting up these colleges are being worked out by the department keeping in view the availability of land, preferably State land, feasibility of demand, including sufficient number of feeding higher secondary schools in the particular area. It will be endeavour of the Government to start the academic activities in the newly sanctioned colleges as soon as possible,” said the Minister.
The Minister was replying to clubbed questions of Kuldeep Raj and Usman Majeed seeking establishment of Degree College in their respective constituencies.
In reply to another Question of Rajiv Sharma, the Minister informed the House that the Government has referred the vacancies under direct quota to the recruitment agencies to overcome the shortage of teaching and non-teaching staff in government schools, including Akhnoor constituency. In respect of vacant posts of non-teaching staff falling under promotion quota, the Department has accorded sanction to the promotion of Class-IV staff in the category of Lab Attendants etc, he informed.
Replying to specific query, the Minister informed that of 1016 sanctioned teacher posts 96 are vacant in Akhnoor constituency, while 21 posts of Masters are vacant out of the sanctioned strength of 216. The Minister said that the government also engages lecturers, teachers and non-teaching staff on academic arrangement basis when the need arises. He, however, said there was no policy for their regularization, as the engagement is co-terminus with the academic session.
About on-going educational infrastructure projects, the Minister informed that 21 projects have been taken up under district and state plan in Akhnoor constituency at an estimated cost of Rs. 2.35 crore, against which an amount of Rs. 1.40 crore stands spent. In addition, 10 school buildings have been approved under upgradation component and another two school buildings under strengthening component in the constituency under RMSA to improve the overall education infrastructure, said the Minster.
Regarding regulation of fee in private educational institutions, the Minister informed that on the basis of complaints from various quarters about arbitrary enhancement of fee by private schools, the Supreme Court had issued directions in the case titled Islamia Academy of Education V/s State of Karnataka to constitute a Committee for fixation of Fee Structure of private educational institutions in each State.
“Pursuant to the directions of the Apex Court, a Committee was also constituted in the J&K State in 2013 with the mandate to regulate fee structure in private educational institutions. But in view of legal implications, the Committee could not become fully functional” he added.
However the Minister said that the government is actively considering bringing a bill to enact a law for regulation of fee structure of private educational institutions and to check profiteering and commercialization by them as prohibited by the Supreme Court. “A draft Bill on Fixation of Fee Structure of Private Educational Institutions in the State has been prepared and shall be brought in the legislature in due course of time,” said the Minister.
In reply to another Question by Mohammad Amin Bhat, Mr. Bukhari said that Government has already upgraded Middle School Khrewan Lasipora to High School in the year 2009-10 and also provided necessary staff through internal adjustment/rationalization. He said there was no proposal for establishment of an educational zone for Mir Bazaar and Kund in Devsar constituency.
Responding to another Question by the Member, the Minister informed that around 738 CPWs have been engaged in various educational zones of district Kulgam, including Devsar and Qaimoh.
Replying to a supplementary Question by Javed Ahmed Baig, the Minister said that the Government has cleared bottlenecks for acquiring land adjoining Degree College Baramulla for its further expansion. He assured to expedite the land acquisition process and execution of the expansion.