Consent in a man’s world 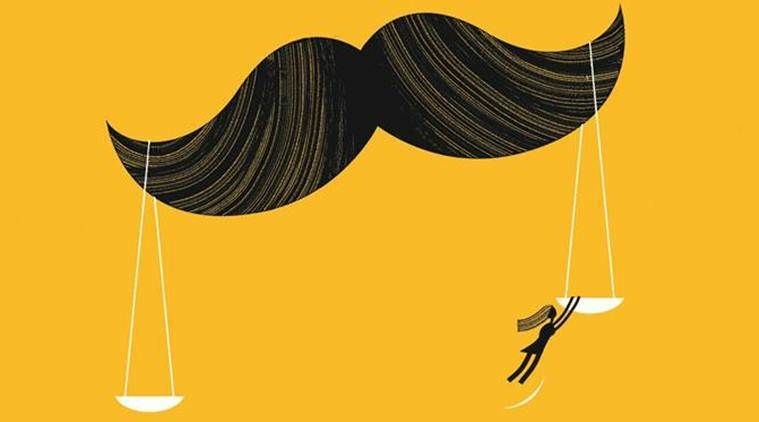 Men in India, when they challenge a woman’s rape charge in court, will try to feed the still-pervasive belief that women fabricate rape charges after consenting to sex. (Illustration by C R Sasikumar)

“If you want to know more about femininity, enquire from your own experience of life, or turn to people, or wait until science can give you deeper and more coherent information.” Sigmund Freud ends his essay, ‘On Femininity’, with these lines. They are a somewhat testy but frank acknowledgement of the limitations of even his own vast research on the subject. Today, we could do with some of that humility.

In the decades since Freud wrote this, a new world order has risen and mutated. During the 1960s and ’70s, when this writer was living in the US, feminism was all about raising consciousness. That meant various women collectives getting together regularly outside of family circles, and sharing stories about their lives, like members of the Alcoholics Anonymous. At these meetings, after some hesitation, women emerged from being in denial and swapped intimate stories about relationships, work, life goals and sexuality. Tears flowed as they articulated the pain they felt, about the lack of protective nets they needed as young confused girls, the broken trust resulting in deep dilemmas they faced as daughters, wives, mothers. It was through these first-hand narrations that women realised their individual failures were not personal failures but stemmed from their gender being perceived as rooted in sex: Men defined themselves in law and life as aggressive and powerful and women as the receptacles for their sexual urges and producers of their legitimate offspring.

Now, digital media has acquired a life of its own and become a public space that allows various marginalised groups to share their hitherto unpublicised insights about the power structures and hierarchies that exclude them but act as their authorised spokespersons. Of course, riding the great tidal wave of an open-ended show-and-tell has both a good and bad side to it. But it is because of this free space that, for the first time in India, working women are able to tell the world what it has actually been like to be at the receiving end of all those sexist jokes, misogyny, porn and rape or near-rape.

It is entirely understandable that most of the first stories came from the media. Given the sheer mass of women in media today and their rise to positions of power, it makes sense that women reporters feel comfortable enough to blow the whistle, some after more than a decade, and discuss their harassment with clinical precision — with dates, times and places. Their tales are universal and reveal that the real problem is not that Indian men treat women badly (although they often do), but that at the workplace it remains a male prerogative to decide who to treat badly, how and how often, and what should be a suitable “punishment” for those who deny them sexual favours.

The late Justice Leila Seth, who was on the committee that gave us the revised law against sexual harassment and rape, has observed in her book Talking of Justice: People’s Rights in Modern India: “The approach generally taken with gender equality is that women are different from men because they are weaker and more subordinate and consequently need protection… the protectionist approach actually reinforces the difference and perpetuates it.” The tales of sexual harassment — as they unfurl and multiply — prove her words. They reveal how in a work environment dominated by an extremely powerful near-tyrannical boss, the supposed power of a young female trainee to say “no” is actually the obfuscation of her actual lack of power to stop him without losing both her job and her reputation and maybe the possibility of getting another job. The routines, stratagems, denials and traps in Indian workplaces, laid bare by the young women’s testimonies before us, are what still makes easy mobility and maintaining their dignity well-nigh impossible even for the most talented young female journalists.

Men in India, when they challenge a woman’s rape charge in court, will try to feed the still-pervasive belief that women fabricate rape charges after consenting to sex. According to them, women distort the experience. Men seldom consider the reality of sex as anything beyond their own experience of it. But as many stories that have surfaced of late reveal, in the mind of male sexual predators, sex actually represents and enforces the ultimate subordination of women to men. No wonder, then, they claim they thought her resistance or disinclination was a deliberate spur to more ardent love-making.

Surely, in some cases, there may be incentives to lie. But the deeper problem is the frequent legal assumption that a single objective state of affairs existed. And it must be determined by evidence. Lawyers representing the perpetrator thus often go on to divide women into spheres of consent, according to the indices of their relationship to men. From the extent to which the perpetrator knows the victim and they have had sex, her consent is inferred. The inference is: Our client does not rape women he does not know. And if he knows them and has consensual sex with them, how can he be held guilty? Men will mostly define rape in terms, where force and sexual desire are a total package. Here, the law’s problem becomes distinguishing rape from acts misconstrued by the victim as “mere sexual violation” in specific cases. Is it any wonder, then, that most raped women feel that the revised law against rape under such circumstances remains virtually unenforceable as applied to them?

Law is a society’s text, its rational soul. Our courts have recently introduced commendable changes by amending some laws and de-recognising a few colonial ones. Should they now really wish to reflect upon the issue of the sexual exploitation of women, they must acknowledge how much the legitimacy of much of our laws has been derived by force and at women’s expense.