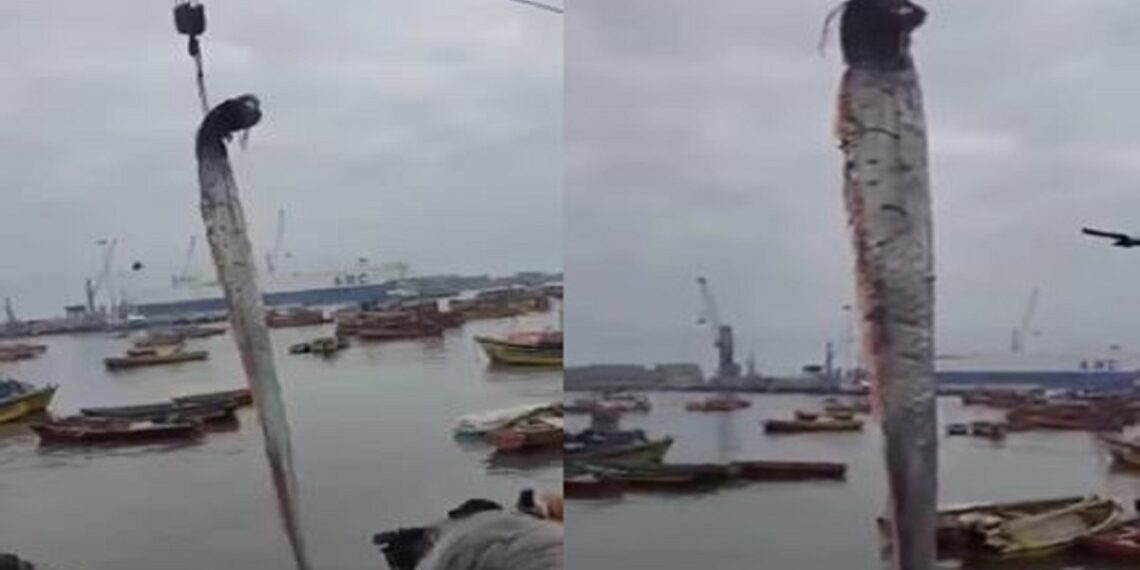 In a shocking development, a group of fishermen recently netted in an incredible 16-feet monster fish in Chile and a video of the creature being hoisted up by a crane has surfaced online.

The clip shows the long, bony fish being hooked on the head as the workers transferred it to the land. According to Daily Star, the fish, identified as Oarfish, measured more than five metres long (16 feet).

The video has been shared on several social media platforms but it was first posted on TikTok where it reportedly garnered nearly 10 million views. The post raised concerns among people as the creature is traditionally seen as a bad omen for tsunamis and earthquakes.

“That’s a scary amazing fish,” wrote one user, while another explained the concern: “Oarfish live in the depths. It is said that when they start to the surface it is because the tectonic plates are in movement.”

As per the outlet, this belief is rooted in legends that oarfish are harbingers of earthquakes and tsunamis. This theory has never been confirmed by science but local authorities must now consider what brought the fish to the surface.

Oarfish can reach lengths of up to 11 metres. They usually live in deep water and only return to the surface when they are sick, dying or breeding.

Meanwhile, spotting this fish is rare. Back in April, an oarfish was found on a beach in New Zealand, where it was spotted by local beachgoers.