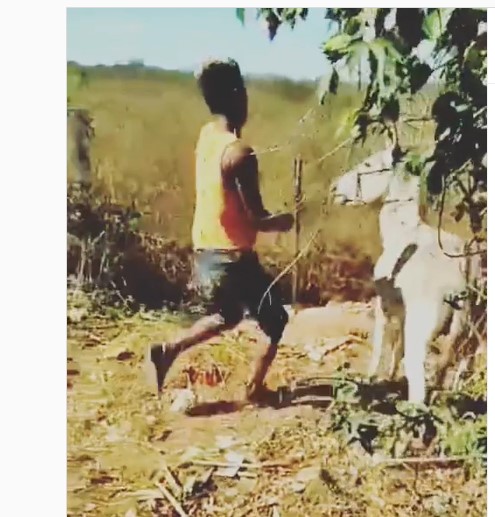 A man met his instant karma when he brutally thrashed a poor donkey.

A video of the man beating a donkey has now gone viral. In the video, he can be seen kicking and slapping the poor animal. However, the man met his instant fate when he tried to ride the donkey.

The animal starts shaking its body and eventually the man fell to the ground. The animal swirled the man around and dragged him into the mud.

Bollywood actor Shakti Kapoor shared the video on his Instagram handle. “Jaisi karni waisi bharni (as you sow, so shall you reap),” he captioned the video.

Users took to Instagram to give their two cents.

One user wrote, “Second half of video was best, so satisfying.”

Another person commented, “Good one, you deserve this.”