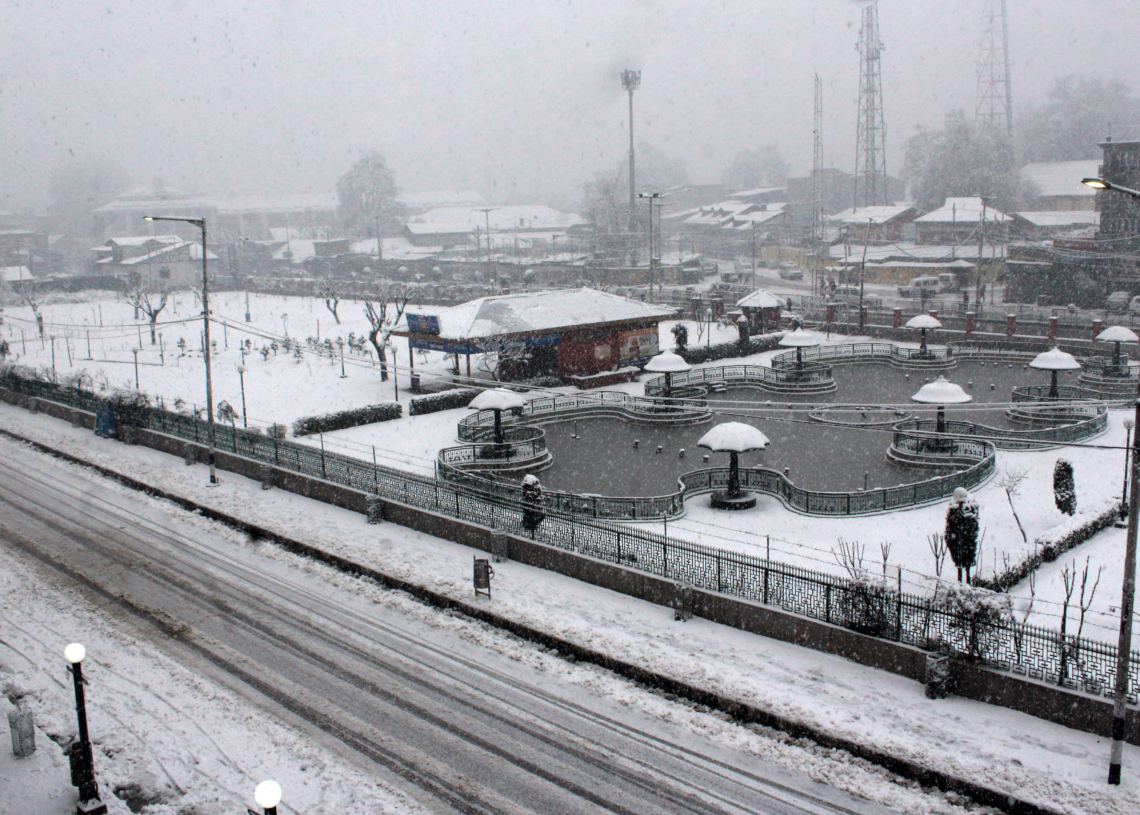 An official said that the upper reaches of Gulmarg received snowfall today morning while the plains also received light snowfall coupled with rains with temperature going down below normal.

On Friday, the 84-km Bandipora-Gurez road was closed by authorities for all sorts of traffic movement in view of weather advisory issued by a local meteorological department.

A weather advisory issued by the IMD has said that an active Western Disturbance, which brings change in weather, “is most likely to hit J&K and Ladakh from Friday evening till Sunday late night”.

“Isolated light rain and snow over Kashmir region for the next 24 hours. Fairly widespread to widespread light to moderate rain and snow for the subsequent two days,” IMD forecast issued on Friday morning said.
It said the main activity in the form of moderate to heavy rain or snowfall at isolated places is most likely during Saturday and Sunday.

The advisory said probable impact of the forthcoming inclement weather would be that it may “lead to temporary disruption of air and surface transport”.