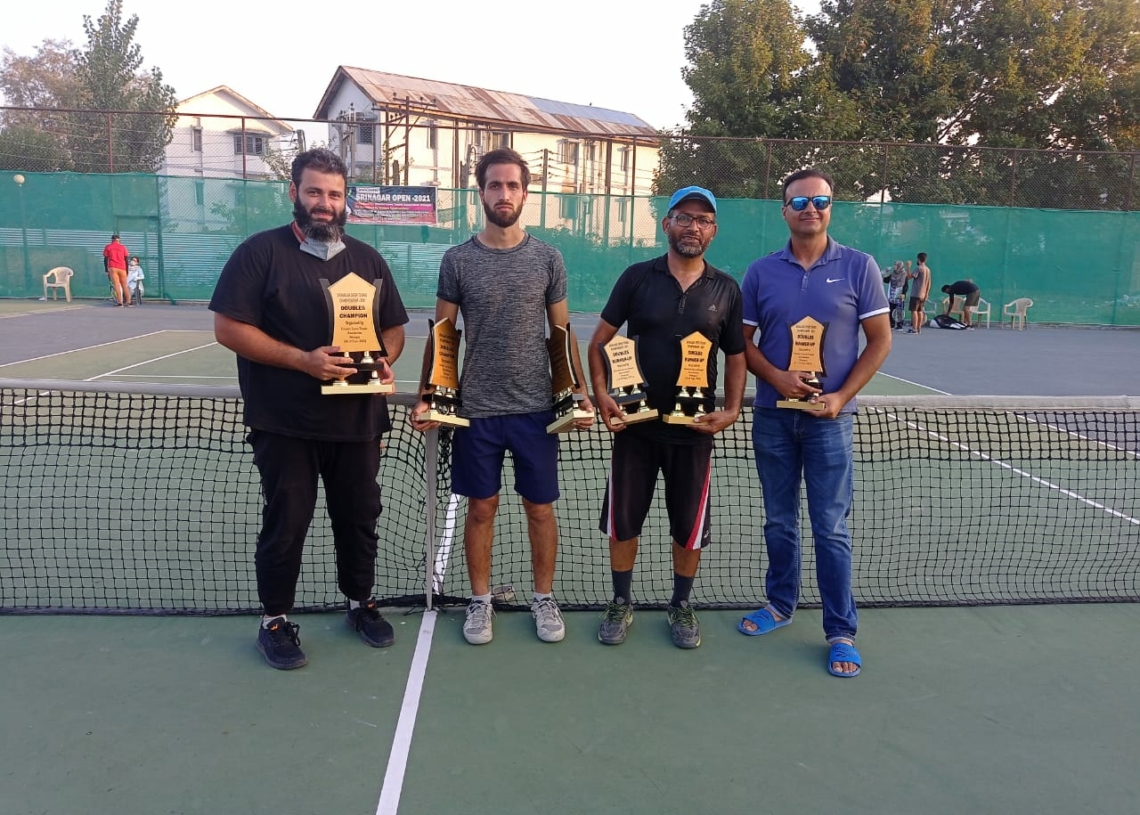 Moazzam dominated the match right from the word go taking a 3-0 lead in no time.

However, the 46-year-old veteran, in an attempt to go one better than last year,  reverted to his attentional brand of tennis,  forcing several errors from he defending champion.

Inayat held his serve and then broke Moazzam’s to make it 3-2. The two players then exchanged breaks to make it 4-3 in favour of Moazzam.

While the long rallies continued for the rest of the set,  Mozzam’s better skill set and energy levels saw him through in the remainder of the match.

The defending champions won the first set in under 30 minutes but had some anxious moments in the second is they trailed 4-3. However,  Tufail and Inayat went back to their erroneous ways to throw in the towel.

The tournament was played over nine days with over 40 players taking part in the singles and doubles events of the tournament. As many as 70 matches – 60 round robin and 10 knock out – were played.

National chief selector for Wushu Kuldeep Handoo, the only Dronacharya awardee from Jammu and Kashmir, was the chief guest at the prize distribution ceremony.

Handoo lauded the District Lawn Tennis Association Srinagar for putting up a wonderful tournament and expressed hope that it will attract more youth to the game.

“Tennis is very popular globally but somehow it had not caught the imagination of sportsmen in Kashmir. But I am sure  that events like these will change that scenario for good, ” he added.

“Everyone has chipped in to make this tournament a success.  We are extremely thankful to All India Tennis Association for deputing an umpire for conducting the semifinals and finals of the tournament,” Singh said.

He said this was the first step for a big leap in promoting tennis in Kashmir.

Kulwant Singh thanked the District Lawn Tennis Association for holding the tournament. “There are some very good players which i saw during the two day stay here. I am sure more youngsters will be drawn to the game, and with exposure,  that can shine as national level,” he added.  ENDS