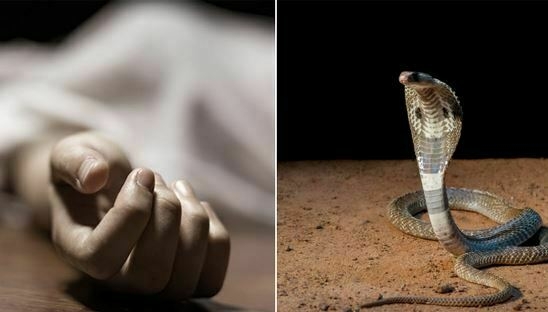 Many of us have seen Bollywood movies in which a snake is used to kill a villain for revenge. But in real life, it seems near impossible.

In Kerala, a man has used a snake to murder his wife in a fascinating case of murder which has become a part of the police training curriculum in Kerala.

Surprised! Don’t be. A man in Kerala’s Kollam district has been found guilty of murdering his wife by using two snakes- viper and cobra.

The case is said to be the first in Kerala in which a live snake was used as a murder weapon.

According to the police investigation, the accused trained himself from YouTube videos on handling snakes.

A special police team was formed to investigate the complaint. Four people including the husband, a snake catcher were questioned. The court found Sooraj guilty of murder.

It was challenging for the police to establish that Uthra was murdered, as there were no witnesses for the crime.

The first breakthrough was from Suresh, a local snake catcher, who was initially arrested as an accused, but later became an approver.

Suresh confessed to the police that he had sold two snakes to Sooraj, who claimed that the reptiles would be used to catch rats.

The first was a viper, which bit Uthra but she survived. The second snake, a cobra, was purchased which killed the victim.