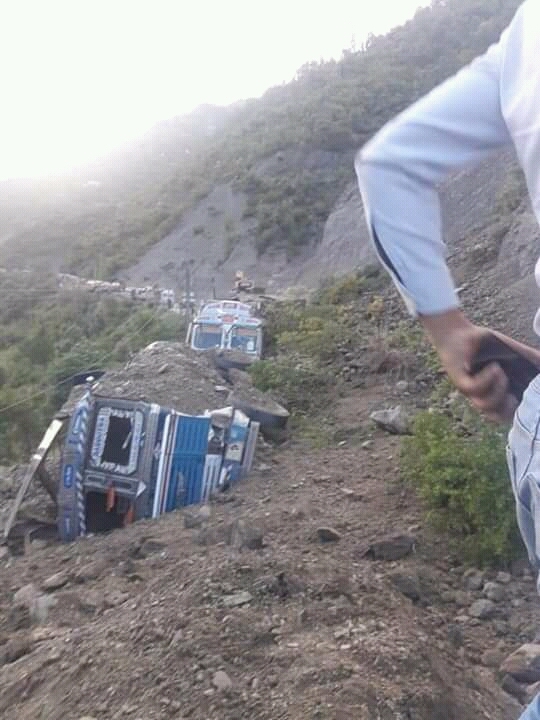 Officials said that massive landslide fell on the two soil cutters, trucks and private vehicles at Seri, Ramban on the highway last evening when two soil cutters were busy  in road widening and upgradation work.

“A major portion of land caved in and debris fell on both soil cutters and other vehicles including two trucks and a few private vehicles,” they said.

“Debris fell on vehicles as  passengers travelling in vehicles cried loudly for help.” A major rescue operation was launched by authorities, quick reaction team and locals soon after the incident, the officials said.

“Two people died in the incident while as six others received minor injuries. They were shifted to local hospital where they are under treatment,” an official said adding that two bodies have also been retrieved from the debris while one of the person stuck alive was also been rescued safely.

Senior Superintendent of Police Ramban, Haseeb Ur Rehman said that two people lost their life in the incident and one person who was stuck alive was rescued safely after a rescue operation of three hours.