History of missionary hospitals in Kashmir 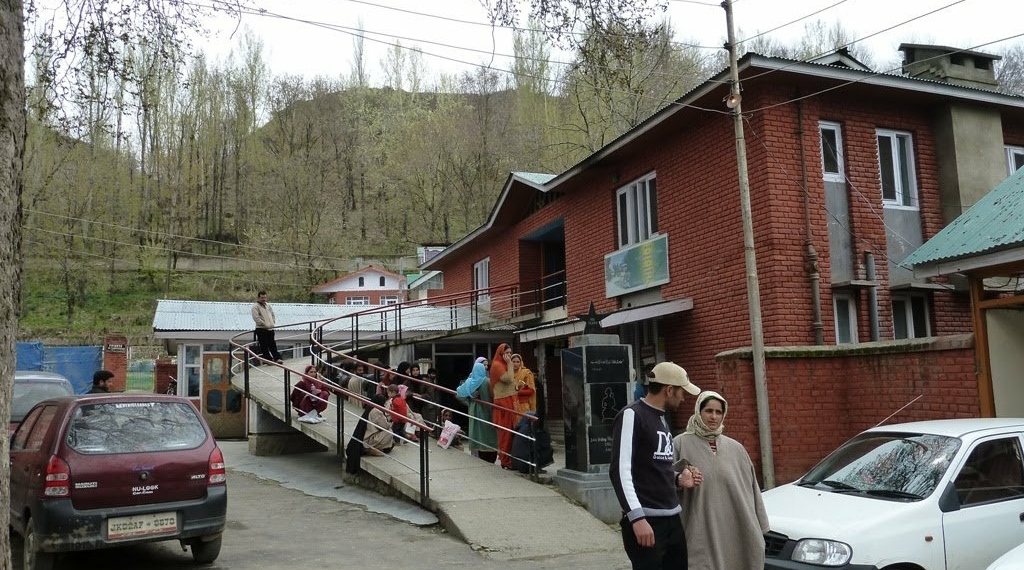 Medical historians are quite sure that prehistoric people had no concept of Public Health, though they had health problems just as we do today. Frankly their lifestyles and life spans, the disease would have different from those we have today. Prehistoric people used medicinal herbs in those days. Limited evidence suggested that they used herbs and substances from natural resources as medicines. History of hospitals started before the middle ages in many parts of the world starting with Greece and Rome. Initially some prayer places where dedicated to the sick and unwell.

Several early cultures developed institutions to care for the sick. Greeks started from temples of worship, where the sick sought divine and natural cures. Christians believed that on the last day, God would judge according to the love one had shown in need. In this connection many local missionaries in Europe assisted the unfortunate and uncared persons.  Over the centuries Christians in many parts of the world developed some places as hospices and subsequently created more specialized hospitals for the sick and needy. Early hospitals met their expenses from the revenue of lands that local priests had donated.  Mediaeval Islamic society-maintained hospitals and were known as “Bimaristan” often contracted to “Maristan”, from the Persian word “Bimar”, ill person.

The first known Islamic care center was set up in a tent by AL-ASLAMIYAH during the lifetime of Prophet Muhammad (peace be upon him) during the battle of the ditch (Ghazwah Khandaq). She treated the wounded in a separate tent erected for them. The first Islamic society-maintained hospitals were founded in Baghdad Iraq during the reign of the Khalifa Haroon Al Rashid (786 to 809). According to a Governor of the caliph, Islamic hospitals had become common by the 820’s, subsequently Muslims considered supporting of hospitals as a mark of true piety.

After the Muslims conquered Sassanid Persia in the 7th century, they came in contact with distinctive sets of teaching. Impressed by Nestorian medical skills, they adopted many Syrian medical traditions, teaching methods, scientific texts,and hospitals-as a model for shaping institutions.

Although Islamic hospitals evolved from Christian institutions, they experienced a unique development. Deferred strikingly from their new Istanbul counterparts by including separate sections for mental patients. Gradually the psychiatric wards became the most prominent features of such hospitals.

Islamic hospitals served several purposes, a center of medical treatment, a convalescent home for those recovering from illness, and a retirement home giving basic maintenance for the needy.

All the hospital’s in Islamic countries were mostly financed  from the revenue of pious bequests called waqafs.

The idea of constructing a  Hospital in Srinagar struck British in the year 1865. Dr William j Elmsile who died at the young age of 42, was unable to get an   accommodation for his proposed hospital in Srinagar , because both the ruler and his subjects were deadly against  setting up of a missionary hospital in Srinagar. Sensing the mood of the people and government,  Dr. Elmsile started treating patients in a tent, it was uphill task but slowly he gained the confidence of both patients and public.

Maharaja Pratap Singh finally under the pressure from influential Britishers, allotted land for the public purpose, namely for a hospital on the hill Top of  Rustom Gari Drugjun (Dalgate) Srinagar.

Dr.Theodore Maxwell, the successor of  Dr.Elmsile worked tirelessly in the hospital and latter due to personal efforts of another British Doctor Emund Downes constructed the first building of the mission hospital at the

It will be pertinent to mention here that the renowned  physician of Kashmir late Dr.Ali Mold Jan Fazilli has served in this hospital twice soon after finishing  his medical graduation,as told by Rauf Fazilli, nephew of Dr. Ali Jan.

Feeling encouraged missionaries showed lot of interest  to carry on hospital work else where in Kashmir valley.

Sir Farincis Young Husband,  a British national who was a resident Commissioner in Srinagar in his book” Kashmir as it was”, written in 1908,  says ,

Conspicuous above the European quarter stand the group of buildings known all over Kashmir as Dr. Navy’s Hospital and Mission Hospital which with Mr. Biscoe’s school is the most sincerely appreciated of all the efforts which Europeans have made for the Welfare of the Kashmir people .last year no less than 22735 new outpatients where treated and the total number of visits amounted 25 6280. One thousand seven hundred and sixty four inpatients, of whom 476where females were are also treated; and 5038 surgical operations were performed sometimes over 200 outpatients and on a few days over 300 outpatients were treated in a single day .These figures speak for themselves. They show the confidence the people now have in this wonderful institution, and the steady practical good its doing. The heads of the hospital are the brothers Doctor’s Arthur and Ernest Neve and they are assisted by Dr. Rawlence, Miss Nur Nevi, Mr Robinson, Mr S Wilson and 54 native assistants and servants.

Hospital was founded in 1865 by Dr. Elmsile, who for many years had a uphill work in starting the institution, but at length gain the confidence of the people and of the late Maharaja. Dr. Downes succeeded Dr.Elmsile and carried the work forward. In 1881 Dr. Neve took it up. In that year 10800 new patients were treated ,there were two 23,393 visits ,and 1418 operations were performed. Year by year since then the good work has progressed: the original mud- buildings have gradually been replaced by the present solid masanory structures. And the steady growth of the number of in patients and the readiness with which upper class women remain in the hospital, testify to the confidence which the institution is now regarded. it’s now renowned throughout the north of India and is a splendid testimony to the steady thorough, and preserving work of two self-sacrificing men.

Sir Walter R Lawrence in his book The Vale of Kashmir (1895) writes,  (it is only of late years that the Kashmiris have begun to recognize the benefits of the western system of treatment, and the growing belief in the efficacy of the European methods is due to the devotion and skill of the medical missionaries in Kashmir. Even now the mass of the people believe in their own doctors, many of whom are men of considerable ability and experience. There are 300 hakims or doctors in Kashmir, and as a rule the profession is hereditary. Their system is based on the Greek system of medicine, and have known cases in which some of my subordinates have derived great benefit from the skill of Kashmiri Hakim. Once when I was in great anxiety, a deputation of Kashmiris begged me to allow a well-known Hakim to treat my son. They argued that this Hakim have never failed to cure the disease.)

Over the years Missionaries extended medical services and in this connection, an exclusive hospital for leper patients was established in the year 1891on the peripheral banks of Neegin lake in Baghwanpora area of Srinagar. Both the Government and the church of missionaries managed the hospital.

In 1892, John Bishop memorial Hospital was rebuilt in the town of Islamabad on the land allotted by the Government at the request of, commander in chief of the British army. The earlier hospital building was damaged due to floods.

Five years later in 1897, a (zenana) women’s hospital at Nawakadal was constructed to celebrate 60 years of Queen Victoria’s rule. A special ward of obstetrics and gynecology was shifted from the state hospital situated at Hazuri Bagh. The hospital has since been closed and presently it houses Government college for women.

Earlier the church of England (Zenana) women’s Missionary society hospital was established in Rainwari within the same campus of Dr.Neves  hospital that was functioning from 1865. The hospital has gone total revival and presently a super specialty hospital stands operative serving hundreds of patients daily.

Seeing the selfless work of E M N, Tyndale Biscoe bestowed the Title of the Florence Nightingale of Kashmir to her.

Eight years later in 1929, a sanatorium at Tangmarg for patients of tuberculosis was established. Subsequently after some time government decided to improve the health care system in Kashmir and accordingly approved the construction of a major hospital in the heart of Srinagar city, and an estate of  Hadow carpet factory was acquired for the purpose, and Mr. Marquis  of Linlithgow, the then viceroy of India on oct 15,1940 laid the foundation stone and finally the hospital was inaugurated by the successor of the viceroy Lord Waver, on 11th of October 1945. Over the years the State hospital has added number of medical faculties, besides the first medical college set up, near it and is associated with the hospital, commonly known as Hedowun hospital.

The Britishers, arguably left a decent health care delivery frame work when they left. Over the years, a lot of progress has been made in health services in Kashmir.  In this connection, of late many new medical colleges in some districts of Kashmir province have come up. Prestigious Sheri Kashmir institute of medical sciences at Soura, now deemed university is already functioning dedicatedly from 1982 and providing excellent patient care service to the community. The women’s exclusive hospital, the “Ladled” is getting hundreds of new admission on daily basis, besides children hospital at Sonwar Srinagar, is offering excellent patients care. Government psychiatric hospital housed in Barack’s of the central jail Srinagar at Botraj colony, Badamwari Srinagar is doing commendable job for treating mentally sick patients. There are so many other colleges that have come up in both private and public sector, like Government Dental college at Shereen Bagh, Kaksarai, Srinagar that was established in the year 1985/86. Two government recognized colleges of Indian system of medicine are offering five year courses to students wanting to pursue alternative medicine . A nursing college and few paramedical colleges have also come up.  There is no doubt that we still have a long way to go before we can assure quality health to our people.