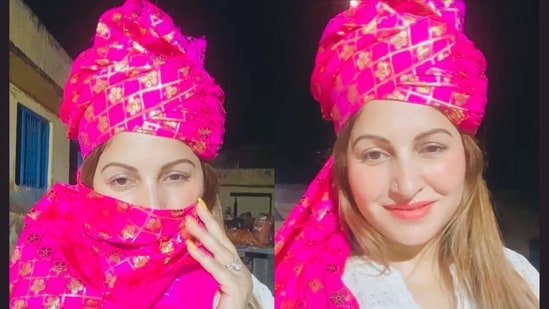 Family members of Haryana BJP leader and TikTok star Sonali Phogat has alleged that she was brought to Goa on the pretext of film shoot by accused persons.

“Sudhir Sagwan (PA of Phogat) told us that film shooting was there on August 24. But hotel rooms were booked only for two days, on August 22 and 23. There was no film shoot. It was false. We didn’t see any actor or film shoot here,” Rinku Dhaka, the brother of Sonali Phogat, told reporters here on Thursday.

Police registered the case under Section 302 (murder) of IPC against her personal assistant Sudhir Sangwan and his friend Sukhwinder Wasi on Thursday.

Phogat had come to Goa on August 22 and was staying at a hotel in Anjuna.

Goa Police on Thursday said that Phogat’s body had “multiple blunt force injuries”, as per the postmortem report.

“Whatever I have stated in my complaint is correct and on that base case will go ahead. It was preplanned (murder) and she was brought to commit this crime,” Dhaka said.

He said that the video of his sister seen dancing with one of the accused persons is from Gurugram and not from Goa.

“This video is old, it is from Gurugram. They made it viral to down her image. It was preplanned for a long time, so they should not be blamed (after her death),” he said.

Meanwhile, Goa police are gathering documents and evidence in the case of Phogat’s death. According to police, an arrest in this case will be made after evidence is gathered.

Inspector General of Police Omvir Singh Bishnoi said that an FIR under Section 302 (murder) has been registered at the Anjuna Police Station based on the complaint filed by Phogat’s brother.

“The case was registered on Thursday following a complaint by Rinku Dhaka, the brother of Sonali Phogat. He had made allegations against two persons and we have started questioning them,” Bishnoi said.

“We have started taking statements. Till now there is no clear cause of death. We are gathering the documents be it physical or digital or oral evidence. Though a postmortem has taken place, we have not got the report. Both persons are questioned, arrest will be made after evidence,” he said.

According to Goa police, Sonali Phogat felt uneasy on Monday night and later in the morning (on Tuesday), she was taken to St. Anthony hospital in Anjuna at around 8 a.m., where she was declared brought dead.