7-year-old girl locked up, forgotten in school for more than 18 hours 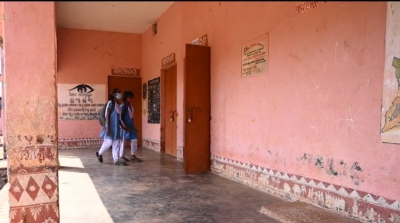 In a shocking incident, a seven-year-old girl was locked up in a school in Uttar Pradesh Sambhal district for more than 18 hours after the staff went home without checking if any child was left behind.

The incident came to light only when the school opened on Wednesday.

“She was found this morning when the school opened. The girl is fine,” the BEO said.

The girl’s maternal uncle said that when she did not return home after school on Tuesday, the girl’s grandmother reached the school only to be told by the staff that there were no children left there.

The family searched for her in the forested area but she was not found anywhere.

When the school opened on Wednesday, it came to the light that the girl had remained locked in the school room overnight.

The BEO said that after the school hours were over, the teachers and other staff members did not inspect the rooms.

“It is a case of negligence and action will be taken against the entire staff,” he added.

Tags: girl locked in UP schoolstudent locked in school in UPUP newsUP Sambhal district news
No Result
View All Result