`65 not out’: Meet Kashmir’s most loved cricket analyst on social media 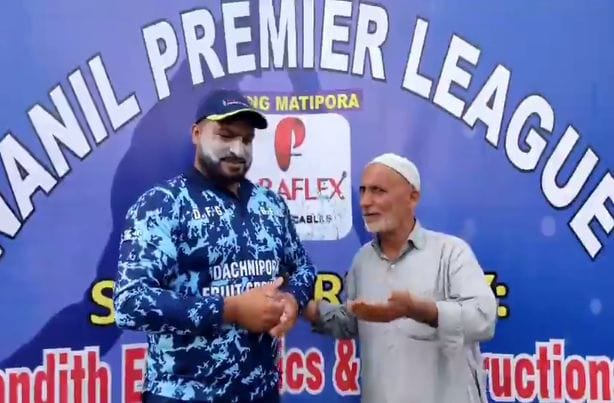 Srinagar: Clad in a ‘khan-dress’ with a skull cap, Lal Mohammad Ganai (65) can be spotted on the ground at almost every other local cricket match played in the Kashmir valley.

And while several local commentators covering live cricket matches on Facebook have become social media stars of late, Ganai is the most loved and sought-after sports analyst.

Hailing from South Kashmir’s Anantnag district, Ganai has gathered a huge fan following across Kashmir due to his passion for the game and his views on cricket. His pre and post-match analysis attract a huge number of views and likes on the Facebook sports pages that live stream cricket matches.

A retired bank employee, Ganai said he started taking interest in cricket when he was just five years old and continues to have the same passion for the game.

“I started taking interest in cricket from the age of five. Later, I played cricket for about 35 years. I used to play one down for my village team and was also a fast bowler. As I started growing older, I switched to spin bowling, and now that I am 65 years old, I cannot play regular matches but my love for cricket stays. I can live without meals but not without cricket,” he said.

Ganai said he was overwhelmed by the love he received from people and cricket lovers.

“When I worked in the Cooperative Bank, I would take leave when there was a match. Now, I analyze the local matches. Those who beam live matches on Facebook invited me to do analysis and at times I go on my own. I am overwhelmed by the love I receive from the youngsters. At this age, people prefer to sit idle at home but my passion is cricket and I enjoy my life,” he said.

Stating that the youth should take active parts in sports and stay away from drugs, he said the government must also boost the sports infrastructure in Jammu and Kashmir.

Mushtaq Ahmad, who is the administrator of the ‘JKSportstime’ – a group that pioneered the beaming of live cricket matches on Facebook in Kashmir, said Ganai had become immensely popular and was an inspiration for the youth.

“You can see him at every match and his passion for the game inspires the youngsters. If you come to watch a local match in person or check its live streaming on Facebook, you will realize how popular Lal Mohammad Ganai is,” he said.

Ganai’s popularity can be gauged by the comments he receives on Facebook.

“Salute to this elderly man for his enthusiasm towards the game! Allah bless you (sic),” commented Bhat Imtiyaz.