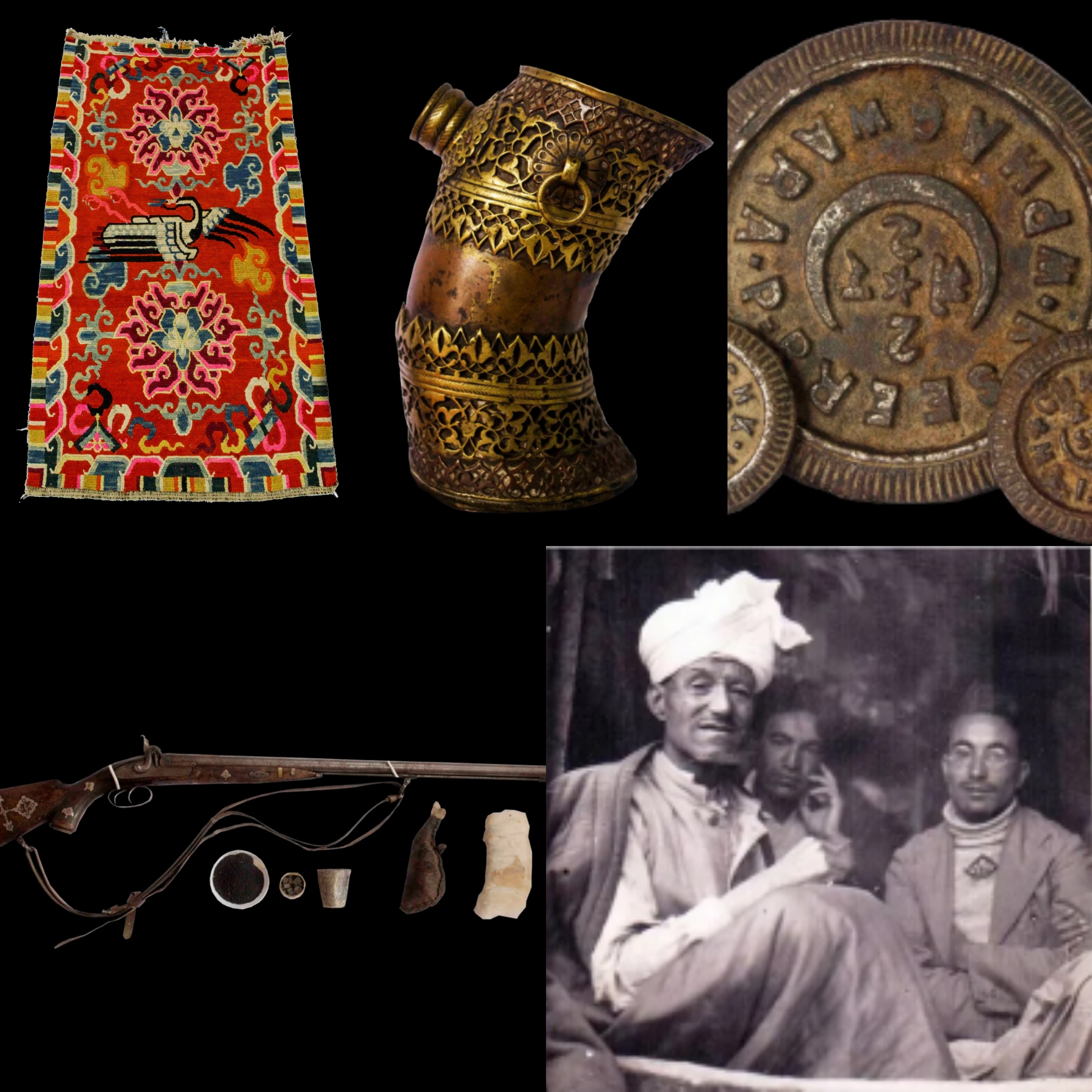 Srinagar: Silk Route trader Munshi Aziz Bhat had once built the first ‘Sarai’ (inn) in old Kargil Bazar of Ladakh region. The inn later came to be known as the ‘Aziz Bhat Sarai’ and had turned into a hub of business activities for the traders of the Silk Route besides Tibet and Baltistan routes.

With the passage of time, the inn turned into a locked dilapidated family property with its inheritors wondering what to do with it. And one day when they thought of dismantling it, they came across a treasure trove of artifacts and manuscripts.

After suggestions from well-wishers, the two grandsons of Munshi Aziz Bhat with the support of other family members set up a museum at the attic of their house. One family member even got trained at the Oxford University’s famous Pitt Rivers Museum for assistance regarding the setup and cataloging at their Kargil museum.

Started in 2002 in Kargil, ‘Munshi Aziz Bhat Museum of Central Asian and Kargil Trade Artifacts’ has now become a prime attraction for Silk Route researchers, art lovers, and tourists. However, lack of funding from the government has become a roadblock in its expansion and the family now is unable to exhibit the entire collection.

“At the time of set up in 2002, my uncle got training in Pitt Rivers where we had received guidance on setting up, cataloging, and other basic things needed to start the museum. Our family labored hard to set up this museum and the response we received was overwhelming. We started receiving researchers from all over besides foreigners and other tourists. Our museum offers a rare glimpse into the Indian and Central Asian trader culture of the 19th and early 20th centuries,” Muzamil Hussain, the great-grandson of Munshi Aziz Bhat told The Kashmir Monitor.

Hussain said though they initially displayed the artifacts unearthed from the ‘Sarai’ of Munshi Aziz Bhat, they later started collecting more locally.

“After an unprecedented response, we started collecting artifacts locally and some art lovers even donated from their personal collections. Besides, royal and rare manuscripts, we have hookah pipes from Yarkand, rugs from Kashgar, fabrics, costumes, jewelry, coins, shoes, utensils and ammunition among others,” he said.

However, he said they were unable to display their entire collection due to lack of space.

“We have around 3500 artifacts but only 1000 are on display due to lack of space. We now hear that a lot of emphases is being laid on heritage conservation after the bifurcation of Jammu and Kashmir into two union territories and we are hopeful that we too will receive financial assistance from the government. That will help us display our entire collection,” said Hussain.

Interestingly, Munshi Aziz Bhat was the official petition writer of Maharaja Hari Singh but later quit the job before turning a tradesman.

“It is a family museum but it attracts varied visitors – from transit travelers to special visit researchers. There is no dearth of Buddhist devotional art to be seen both in situ and in the many Gonpa Museums in Ladakh. But, the unique thing about the Munshi Aziz Bhat Museum is that it houses Ladakhi and Balti cultural objects and Silk Route mercantile goods which transited or changed hands at Kargil. It gives one the idea of trade along this axis during the colonial days of ‘The Great Game’ era,” said Wiqar.

“It’s a must-visit for any serious traveler or scholar visiting this region as a walk through its gallery takes one back in time. The origin of this museum interestingly was the ‘Sarai’ in Kargil – an important stopover and trading station on the Southern Silk Route as it was equidistant from three major trading towns of Kashmir in the west, Leh in the east and Skardu in the north. This explains the diverse range of artifacts on display and an expansive inventory,” he added.