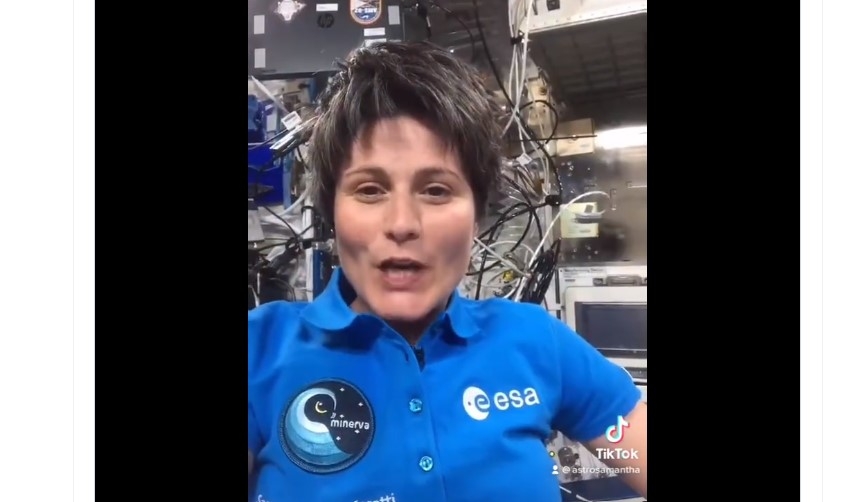 TikTok reaches space. Samantha Cristoforetti has become the first astronaut to post the TikTok video from the International Space Station.

European Space Agency astronaut Samantha Cristoforetti posted from the International Space Station on May 5. On April 27, astronaut Cristoforetti landed on the orbiting lab for a six-month stay.

The 88-second video takes viewers through Crew-4’s launch while introducing them to the mission’s two zero-g indicators and a toy monkey named Etta. She went on to explain Etta, which is short for ‘scimmietta’.

An Italian name for “little monkey”. Cristoforetti showed a view from the space station and stated that the first few days of SpaceX’s Crew-4 mission were extremely hectic, as the members needed to learn as much information as possible from the Crew-3 team as soon as possible.

So far, the video has received over 2.8 lakh views and 8,616 likes. Samantha was making her second space flight; she had earlier spent time on the space station from November 2014 to June 2015. Back then, many astronauts, including Cristoforetti, used Twitter to share their space excursions.