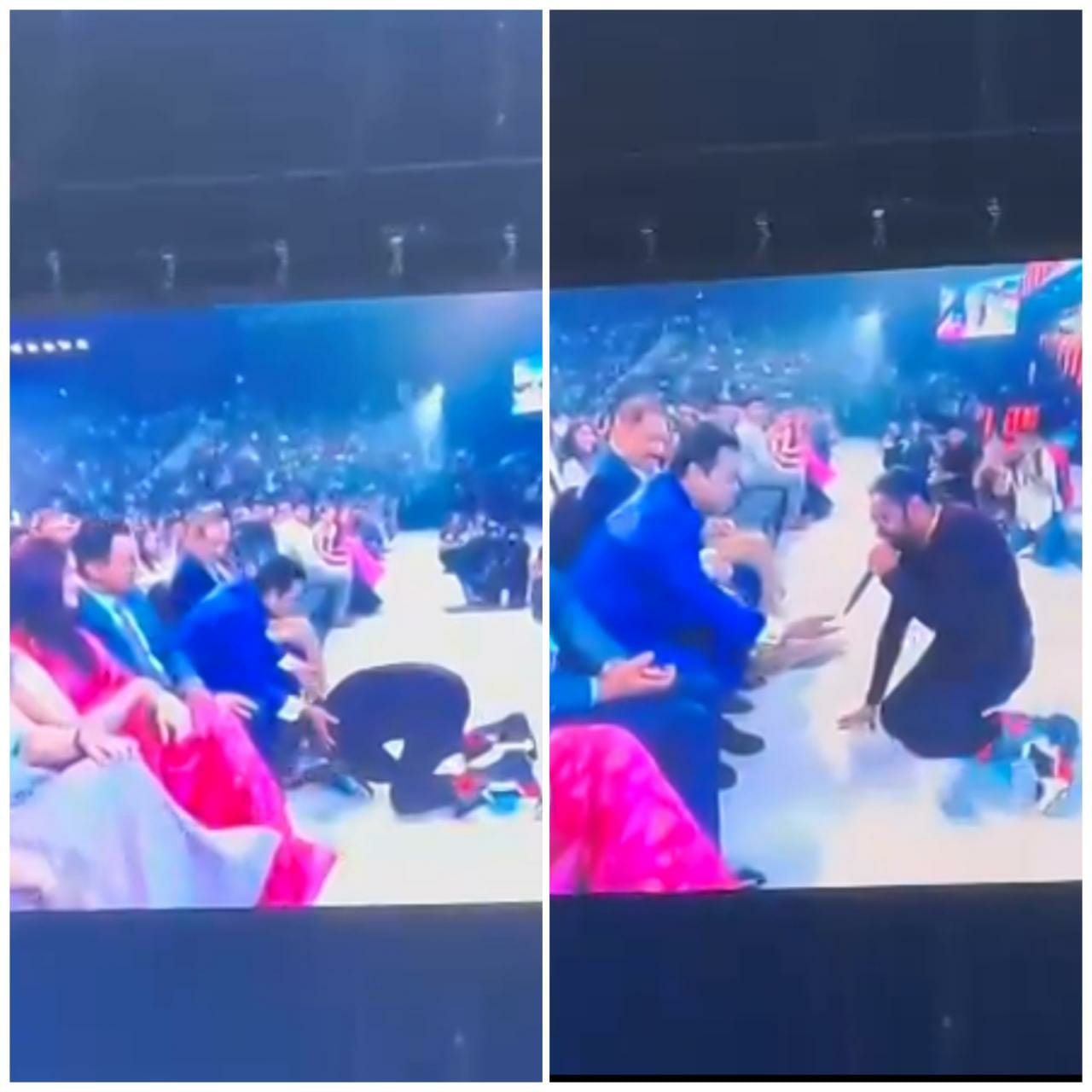 A video is going viral on social media which shows rapper Yo Yo Honey Singh bows down at AR Rahman’s feet during a performance at the IIFA awards in Abu Dhabi. In the video, Honey Singh can be seen performing on the stage at the award ceremony, while in the first row among the audience music maestro AR Rahman is sitting. In the next scene, Honey walks down from the stage to AR Rahman and goes and touches his feet.

Honey Singh shared other clicks too from the award ceremony. Wearing a golden lizard necklace, he posed with Jacqueline Fernandez in a picture, which both of them shared on social media. He also shared a snippet where Salman Khan is making an entry at the IFFA.