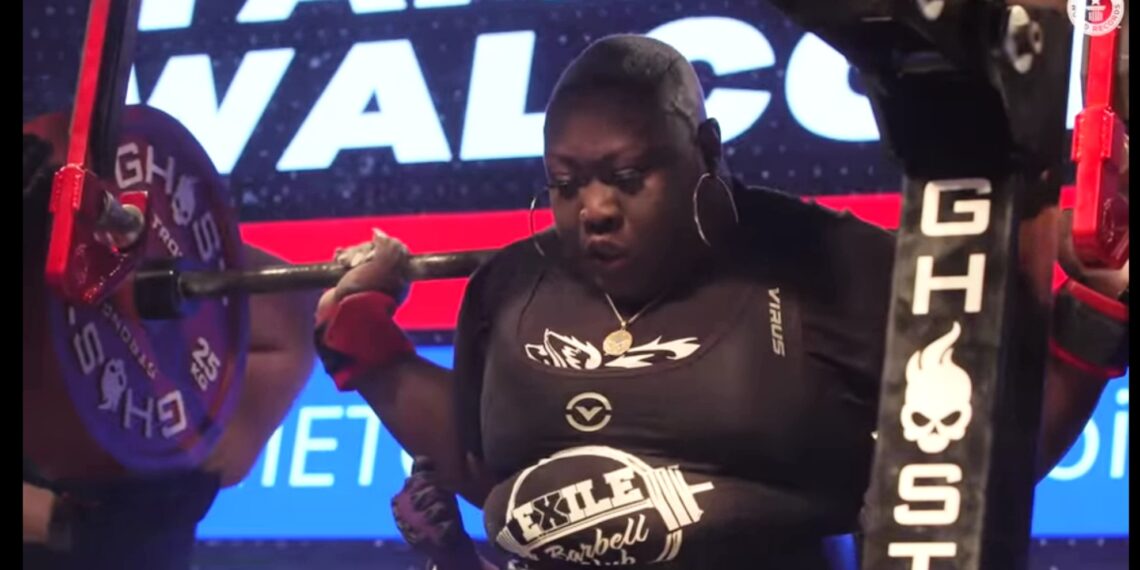 A woman has set a new Guinness World Record by lifting 735 kg at a weightlifting competition in Virginia.

Hailing from Maryland, Tamara Walcott broke the record for the heaviest cumulative lift for bench/squat and press (female) at the 2022 World Raw Powerlifting Federation American Pro in Manassas.

Tamara began powerlifting as a means to lose weight and ended up earning a Guinness World Record.

“When I looked in my kids’ eyes, I wanted to make sure that I was there for them, so I had to start taking care of me,” Tamara told Guinness.

After her successful world record attempt, she said she hopes her achievement would inspire others to try powerlifting.

“We can be whoever we want to be, because you got me and the powerlifting community, arms wide open,” Tamara said.

A powerlifting competition involves three lifts — the squat, the bench press, and the two-handed deadlift.