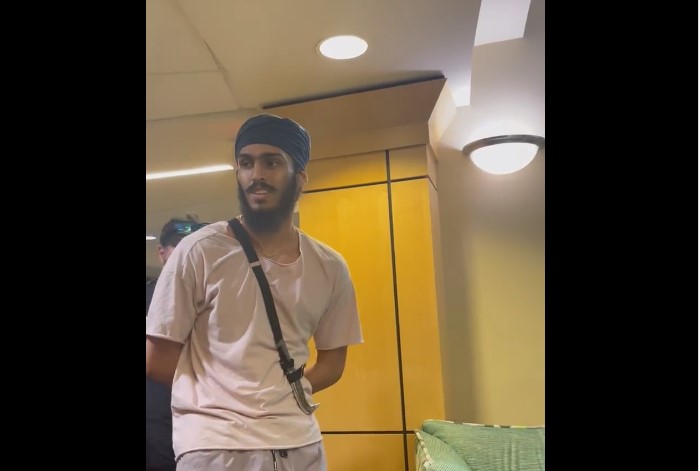 Police detained a Sikh student for wearing a kirpan on the  university premises in the US.

Identified as Amaan, he is a student at the University of North Carolina at Charlotte.

He later shared the video on the internet. It has notched 3.3 million views so far on his Twitter handle.

“I wasn’t going to post this, but I don’t think I will receive any support from @unccharlotte. I was told someone called 911 and reported me, and I got cuffed for “resisting” because I refused to let the officer take my kirpan out of the miyaan. @CLTNinerNews,” Amaan tweeted.

However, Amaan later tweeted that he got his kirpan back from the police authorities and thanked the Twitter world for its support.

According to Sikhism, the kirpan is the five articles of faith, often called the 5Ks; Kesh, Kangha, Kara, Kachhera, and Kirpan. It is worn by Amritdhari Sikhs, both men, and women. Kirpan is a reminder of their faith, including justice, charity, morality, humility, and equality.