`Snake on bus’: Panic after 5-foot-long reptile spotted on board; rescued after 24 hours 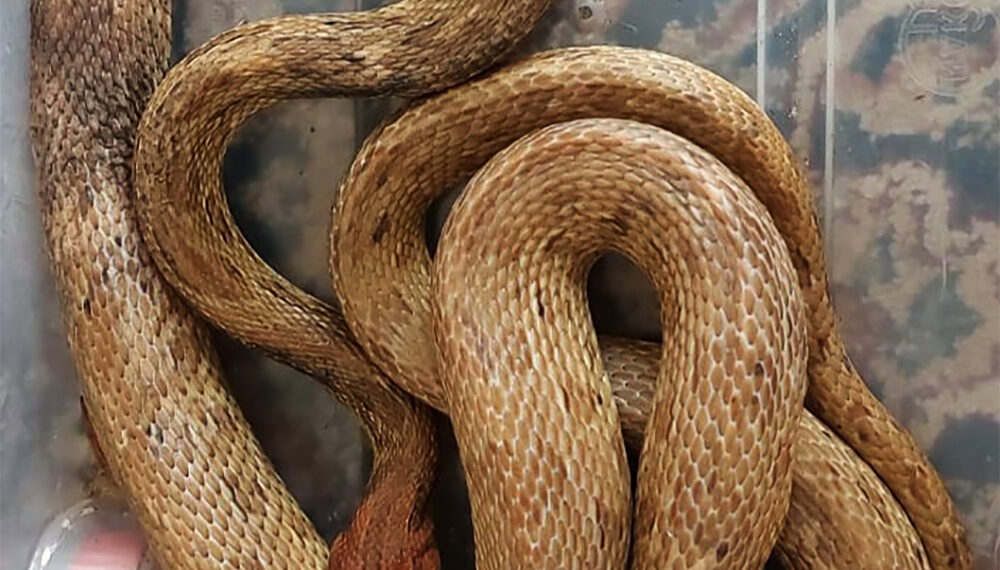 The distressed snake is currently under observation and will be released into the wild, once declared fit.

Fearing for his safety and that of the snake, he immediately contacted the Wildlife SOS Rapid Response unit on its 24-hour rescue helpline.

Wildlife SOS team rushed with the necessary rescue equipment and gear and reached the location in the nick of time. A closer look confirmed that it was a juvenile Black-headed royal snake, as it had pale brown patches and lacked the distinct irregular black markings that adult royal snakes have on the head and body.

In a nearly 2-hour-long operation, which involved a lot of patience and presence of mind, the team extricated the distressed snake with the utmost caution, ensuring it did not sustain any injury. Given the stressful situation under which it was rescued, the snake has been placed under the NGO’s care till it is fit to return to the wild.

“This was a challenging rescue operation, to the point where we were anxious about the snake’s safety. A considerable portion of the snake’s body was tightly stuck in the bonnet section while a part of its head was protruding from the steering wheel. We had to take assistance from a mechanic to cut the wires and be extremely careful about not hurting the snake. Luckily, with the tireless efforts of our whole rescue team, and help from the citizens, we were able to rescue the snake,” said Aaliya Mir, Programme Head,  J&K Wildlife SOS.

Kartick Satyanarayan, CEO, Wildlife SOS said: “Being stuck in such a difficult situation can be stressful for any animal. The experience for the snake was extremely traumatic in this case and we are making sure it gets the care and rest it requires to nurse it back to good health. It is rewarding to see that concerned citizens also took onus and assisted our team.”

Earlier, the NGO’s Rapid Response Unit rescued a 6-foot-long Indian Rat snake from the garden in the Pulwama area.