Shri Amarnath Yatra: Over 7,100 pilgrims leave from Jammu base camp 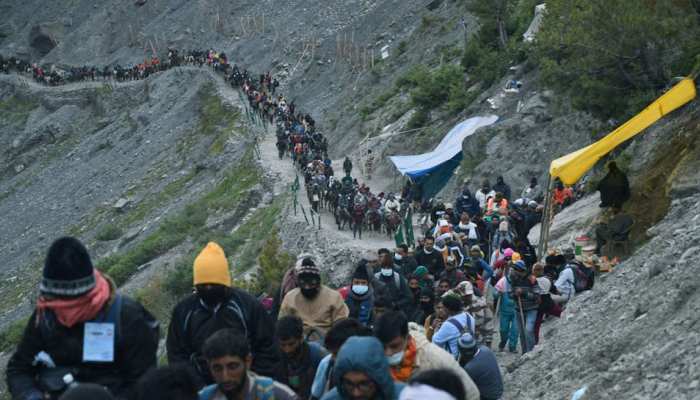 Srinagar: Post flash flood, another batch of 7,107 pilgrims left from Jammu base camp for darshan at the holy cave shrine in the Himalayas.

A flash flood near the cave shrine on Friday killed 16 people and injured 37 while 15,000 were rescued.

Officials said Yatra was resumed on Monday from Pahalgam base camp while it was not resumed from Baltal base camp because the 14 km long north Kashmir trek is damaged at three places.

“Helicopter services for the Yatris continued from both the base camps to the cave shrine,” officials said.

Another batch of 7,107 pilgrims left Bhagwati Nagar base camp in Jammu in two escorted convoys for the Valley on Tuesday.

Over 1,20,000 pilgrims have so far had Darshan inside the holy cave shrine.

The 43-day long Amarnath Yatra 2022 started on June 30 and will end on August 11 on Shravan Purnima coinciding with the Raksha Bandhan festival.