Sanctions on Russia will lead to cost escalation, disruption in supply chain 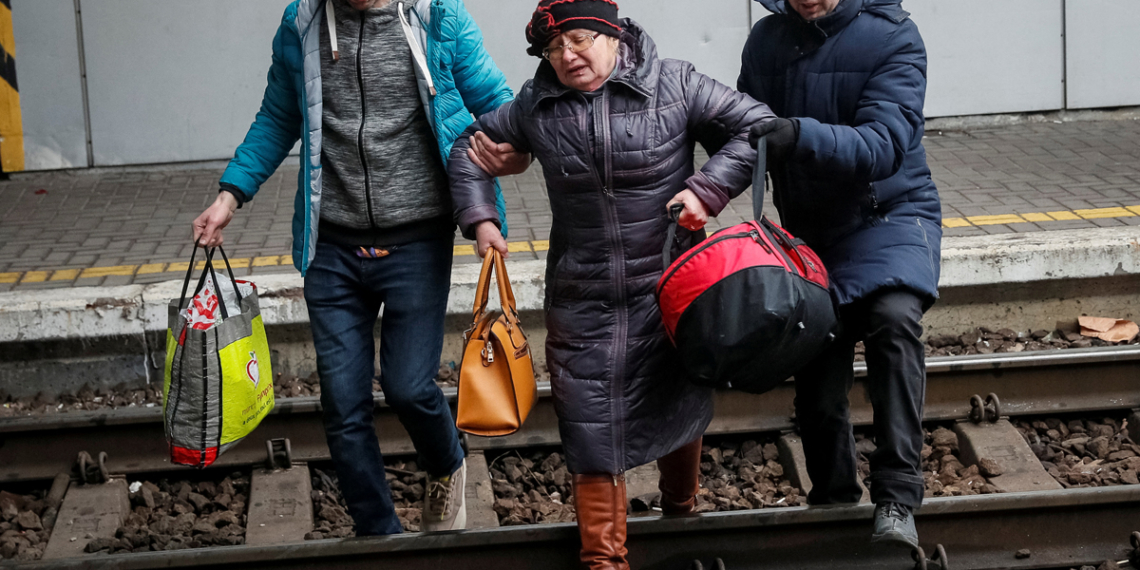 People board an evacuation train from Kyiv to Lviv at Kyiv central train station amid Russia's invasion of Ukraine, in Kyiv, Ukraine March 3, 2022. REUTERS/Gleb Garanich

New Delhi : Sanctions on Russia will lead to cost escalations because of alternative sourcing, delays in establishing new sources, delays in payments and consequent deferrals in shipment releases, among others.
In addition, the sanctions will impact the prices of aluminium, nickel, steel, thermal coal, and PCI coal positively, Motilal Oswal Institutional Equities said in a report.
“We believe the sanctions on Russia will lead to a disruption in supply chain for several commodities and it may take up to several months to reinstate the entire supply chain. Prices are likely to remain elevated until this is achieved,” the report said.
Payments are likely to be delayed and complicated mechanism would need to be adopted. Costs of sea freights and insurance are likely to shoot up. With a near-term focus on energy security, carbon prices will remain disrupted. However, this disruption could be a short-term phenomenon as companies readjust and refocus on de-carbonization plans, the report said.
Capex on renewables could be implemented at an accelerated pace, especially in the EU, to offset dependence on Russian gas.
“Disruption in nickel supply could keep both nickel and stainless steel prices in the stratosphere. We note that nickel is already at a decadal high,” the report said.
Russia was the second largest crude producer globally in 2020 with 9.86 mbpd. It was the fourth largest steel producer in the world in 2020 with 73.4 mtpa, competing closely with Japan (third largest with 83.2 mt) and India (second with 99.6 mt).
In 2020, Russia was also the third largest aluminium producer (at 3.6 mt) and the third largest nickel producer (at 250 kt) in the world. In terms of global trade, Russia currently accounts for 9-10 per cent of global aluminium exports, 11-12 per cent of nickel exports, 20 per cent of thermal coal exports, and 12 per cent of global steel trade (excluding intra-regional trade).
Global production of aluminium was 67 mt in 2020 of which Russia produced 5.6 per cent (around 3.8 mt). It exported about 2 mt which was close to 9-10 per cent of global aluminum exports. In addition, sanctions on RUSAL (the aluminium company of Russia) could exacerbate the supply crunch in an already tight aluminium market.
Several European countries are likely to resume thermal power plants as a medium-term arrangement before completely moving away from Russian gas, until their goal of 100 per cent renewable source of power is achieved. This will likely push coal prices higher for several years, as we do not expect the EU to revive coal mining, the report said.
Post-sanctions on Russia, we expect steel shortage in Europe to emerge that should result in escalation of prices until alternative sourcing is arranged. This will take time given the quota system on steel imports in Europe. Arcelor Mittal has already announced EUR180/t hike in steel prices after sanction on Russia. Tata Steel is likely to be the biggest beneficiary of any steel price hike in the EU.