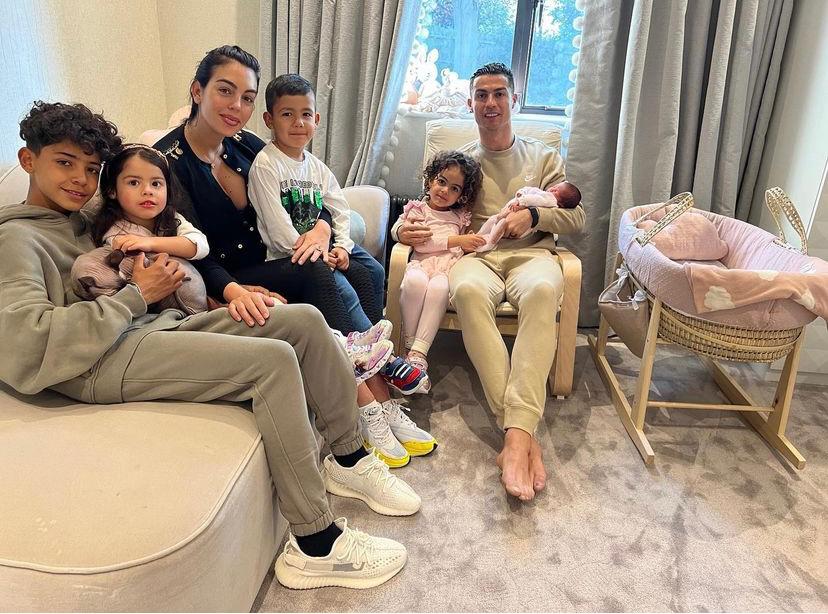 Chandigarh: Three days after sharing the news that his and Georgina Rodriguez’s baby boy had died, Cristiano Ronaldo took to Instagram to share the first picture of his newborn daughter.

Cristiano Ronaldo received an outpouring of solidarity from Manchester United fans and their Liverpool counterparts during a Premier League match he missed after the death of one of his new-born twins.

The boy’s death was announced on Monday by Ronaldo and his partner, Georgina Rodriguez.

The show of support for United’s No. 7 came when the clock at Anfield hit seven minutes on Tuesday.

A chant of “Viva Ronaldo” was started by the United fans. There followed a brief rendition from Liverpool supporters of their club anthem — “You’ll Never Walk Alone” — and applause around the stadium.

United has not indicated when the grieving Ronaldo will return to playing.

“Only the birth of our baby girl gives us the strength to live this moment with some hope and happiness,” he wrote on social media.