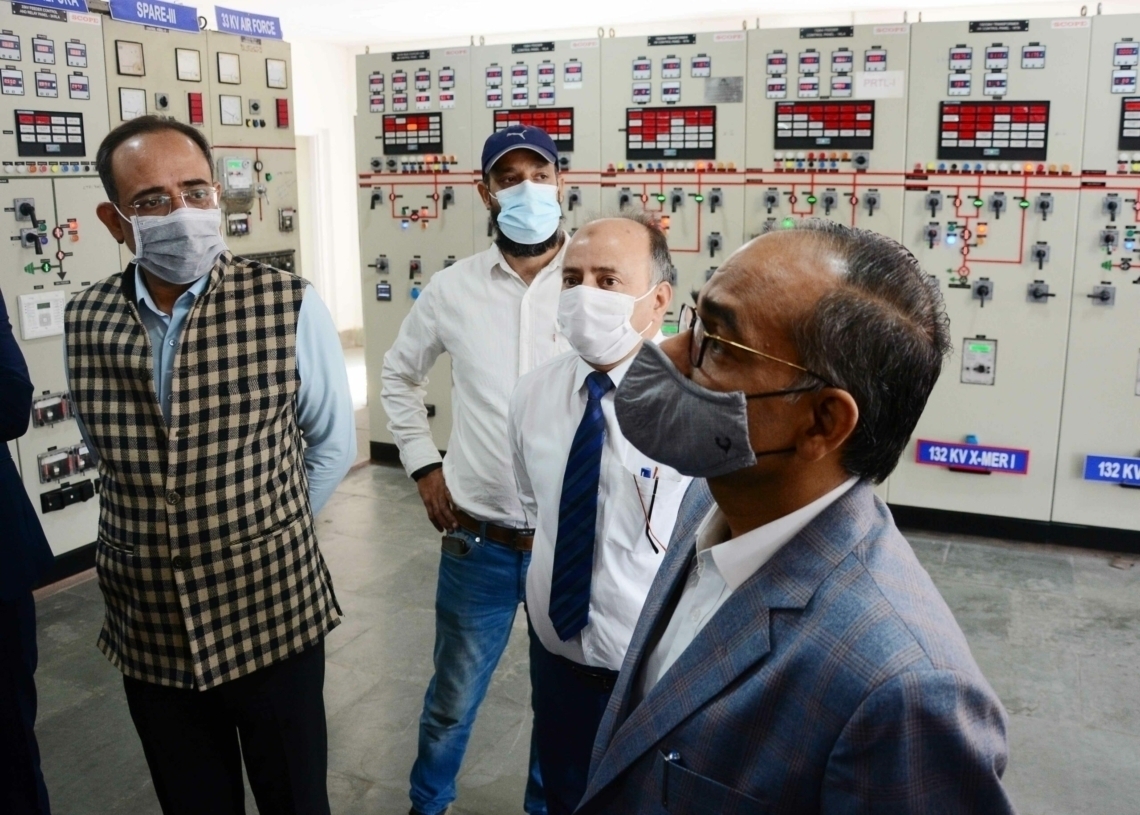 At the outset, Principal Secretary PDD, Rohit Kansal gave a detailed presentation on the progress of the power sector in distribution, transmission and Hydro projects across J&K.

The Secretary during the meeting was also briefed about the energy demand and consumption in the Union Territory.

It was also informed that in order to liquidate Power Purchase liabilities, JK has availed soft loans to the tune of Rs 11029.47 Cr offer from Government of India to clear liabilities of power purchase to GENCOS and TRANSCOS. Besides, Kansal also informed the Secretary that various compliances have been made which include revised tariff, pre-paid metering, power purchase optimization as well as power supply to 41781 defaulters was disconnected in addition to recovery of Rs 4106.63 lakh arrears and extensive inspection drives.

The meeting was told that the revenue realization has increased by 23.16 percent wherein Rs 954 crore was realized last year and Rs 1176 crore realized ending September this year.

Kansal said that the J&K PDD’s main focus is to increase revenue, reduce losses and incentivize the employees of the Power Department for which a pilot incentive scheme Revenue Enhancement Scheme (RES) has been proposed.

With respect to e-governance/IT initiatives, the Secretary was told about the Digitization Database of Distribution Transformers, achievement of 100 percent feeder metering, feeder data monitoring through state of the art system, 647 urban feeder of JKPDD on-boarding on the National Power Portal and consumer care center for complaints and grievances.

While complementing the J&K PDD for successfully integrating IT assets of PDD, the Secretary said that J&K has done great work with respect to IT solutions in the power sector.

The Secretary also inquired about the functioning of the IT wing of the department, manpower and availability of equipment.

On the power generation front, the meeting was informed that 1400 MW is nearing completion with Pakal Dul (100MW), Ratle (850 MW) and Kiru (624 MW) are under construction while historic MOUs were also signed this year.

With respect to generation of clean energy, the Secretary was informed that 9 MW solar power plant is being established at Pampore township of Kashmir, Kishenganga Dam small hydel project to light up Gurez is also under construction, besides 12MW small hydro power project at Karnah is under construction besides 100 year old heritage Mohra project, built in 1902 is being revived.

The meeting was also told that the projects lying dormant or languishing for the last several years have been revived at a speedy manner with a total of 82 projects in different areas to be revived in the UT.

On the distribution front, the major achievements were discussed and projects taken under IPDS, PMDP-U and R, DDUJY and other centrally sponsored schemes were also discussed in detail.

Earlier, on his arrival here, the Secretary inspected the 140MVA, 132/33 GSS Rawalpora Transmission Line Maintenance Division-II of JKPTCL. The Secretary was informed that the grid sub-station caters to a large chunk of consumers of southern areas of Srinagar city.

On the occasion, the Secretary inspected different sections and also enquired about the equipment being installed at the station.