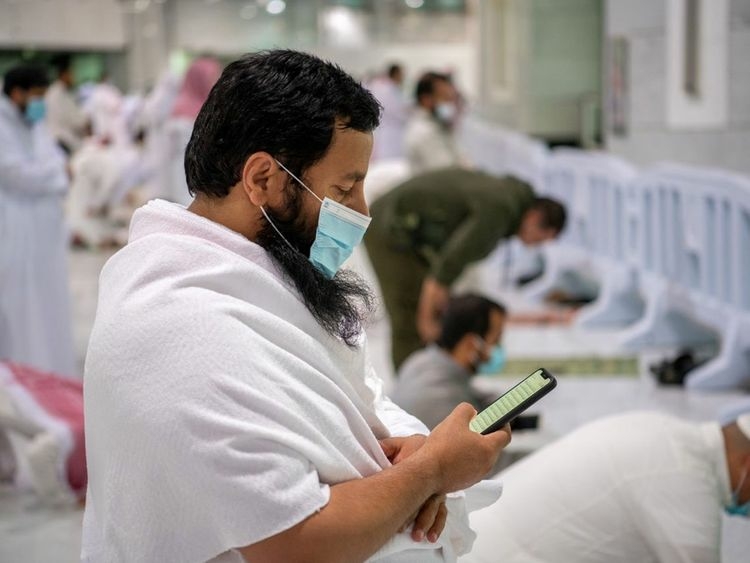 Saudi Arabia has launched a new mobile application to facilitate overseas pilgrims in getting Umrah and visit permits for Holy Mosques in Makkah and Madina.

“In cooperation with Saudi Data & Artificial Intelligence Authority (SDAIA), the Ministry of Hajj and Umrah announced the launch of a new service that allows overseas pilgrims to get permits for Umrah and prayer in the Grand Mosque, as well as for visiting the Prophet’s Mosque through ‘Eatmarna’ and ‘Tawakkalna’ Applications, Saudi Press Agency (SPA) said in a statement.

The ministry said that the service will be effective through the applications just after registering on the Saudi “Quddum” platform, it added.

The ministry urged all users of Eatmarna and Tawakkalna applications to take the initiative and update the two applications on their mobile app stores.

Last month, Saudi Arabia’s Ministry of Hajj announced that pilgrims wishing to perform Umrah will no longer be required to wait for 14 days to book for the ritual.

Dr. Amr Al-Maddah, the chief of planning and strategy officer at the ministry, said in an interview with Arab News that by easing preventive measures, the operational capacity of the Grand Mosque for Umrah and prayers has significantly increased.

“In line with the developments at this stage, which in turn increased the demand in the dates available to perform Umrah, the Saudi Ministry of Hajj and Umrah made this feature available for pilgrims. This condition is no longer necessary and will achieve a fair opportunity for all due to the high demand,” he said.

On Oct 16, the Saudi Ministry of Interior announced the easing of restrictions across the kingdom, including those affecting the Grand Mosque in Makkah and the Prophet’s (PBUH) Mosque in Madina, allowing a full return to operations and capacity.