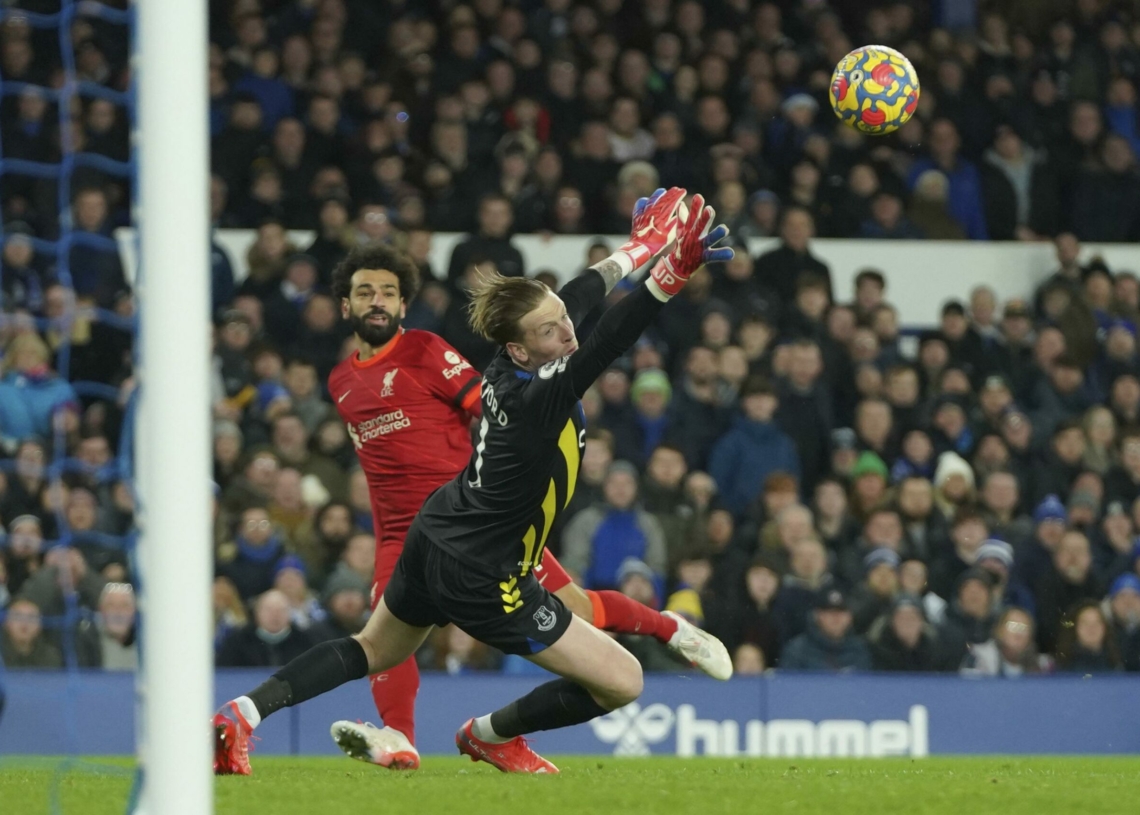 Mohamed Salah scored twice as Liverpool piled more pressure on former manager Rafael Benitez with a 4-1 win over local rival Everton in the Premier League on Wednesday, breaking a scoring record in the process.

Jordan Henderson and Diogo Jota were Liverpool’s other scorers in the 239th Merseyside derby as the Reds became the first top-flight English team to score at least twice in 18 straight matches in all competitions.

“We have momentum,” Liverpool manager Jurgen Klopp said, “but it was by far the best performance since I’ve been at Liverpool at Goodison.”

Salah is fronting Liverpool’s scoring charge and he now has 19 goals in as many appearances this season after his double at Goodison Park.

Then, after Demarai Gray pulled a goal back just before half time, Salah seized on bad error by Everton captain Seamus Coleman to race from halfway and apply the finish.

“He was angry after the game,” Klopp said of Salah. “He wanted to score the third one.

“I don’t take these things for granted. His second goal, you have to force these kind of mistakes. Mo put Coleman under pressure to win that ball and from then on it is a good chance he will score.”

Jota completed the scoring by lashing a shot inside Pickford’s near post as Everton’s winless run extended to eight matches, with just two points from a possible 24.

Some Everton fans streamed for the exits after Jota’s goal. Others stayed and directed their anger toward the directors’ box after the final whistle. There were chants of “sack the board” as well as boos at the final whistle,https://imasdk.googleapis.com/js/core/bridge3.490.0_en.html#goog_1045115093Play Video‘We can’t drift’ – Gareth Southgate warns against complacency in PolandGareth Southgate warned against complacency as in-form England attempt to all but secure World Cup qualification in Poland. Less than two months after suffering a heart-breaking Euro 2020 final penalty shoot-out loss to Italy, the Three Lions have continued what has been to date a smooth road to Qatar.

“We made too many mistakes and when you do that against a top side, you pay for it,” said Benitez, who led Liverpool to the Champions League title in 2005.

“The fans at the beginning were pushing and after we scored the atmosphere was really good. Then the second half we started on top but then another mistake changed the game.”

Third-place Liverpool stayed two points behind leader Chelsea and a point behind Manchester City in what looks like a three-way fight for the title.

Liverpool is the top scorer with 43 goals, 10 more than anyone else.

“Going forward and the chances that we created, not only tonight but over the last few weeks, has been outstanding,” Henderson said.