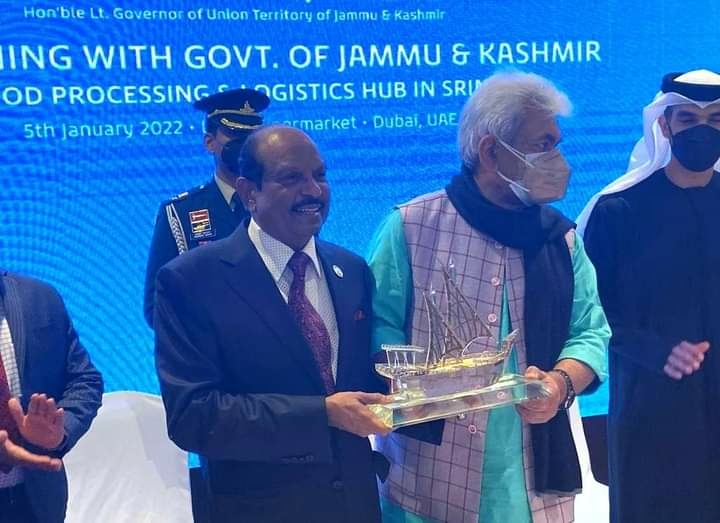 Dubai: UAE retail giant LuLu Group plans to invest around Dh100 million (Rs2 billion) in Jammu and Kashmir as part of its push into the Indian state.

LuLu Chairman Yusuffali said another Dh100 million had been earmarked by the company for further expansion. “Setting up of a Lulu Hypermarket is also in the plan – I am sure these projects will not only give considerable employment opportunities to local youth but also benefit the agriculture sector and farmers immensely,” he said.

Lulu, which sells Kashmiri products at its UAE supermarkets, had previously announced that it would build a food processing center in the state.

“We look forward to enhance and take forward the trade relation between the Jammu & Kashmir and UAE, as we enjoy a very great and historical relations between both the countries,” said Thani Al Zeoudi, UAE’s Minister of State for Foreign Trade. “I also look forward to inauguration of the Lulu Food Processing center in Srinagar and wish the project all the success.”

LuLu said the investment was the direct result of meetings between Yussufali and Indian Prime Minister Narendra Modi, where the retailer expressed interest in procuring Kashmiri agricultural produce and set up a logistics hub in Srinagar for uninterrupted supply.

COVID explosion: Check out new SOPs for sportspersons in India