‘Pandemic isn’t slowing down; cases rising in five out of six WHO regions’ 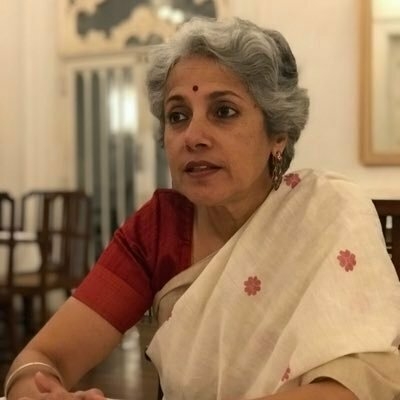 World Health Organisation’s chief scientist Soumya Swaminathan has said there was clear evidence that the coronavirus pandemic isn’t slowing down as the spread of Delta variant and slow pace of vaccination is leading to a surge in Covid-19 cases across most regions of the world.

In a recent interview with the Bloomberg, Swaminathan said Covid-19 cases are rising in five out of six WHO regions, and mortality rates in Africa have jumped by 30-40 per cent in the last two weeks.

She listed four major reasons for the continuous spread of the virus — the Delta variant, social mixing, ease in lockdown restrictions and slow pace of vaccination.

She also said that people, either out of pandemic fatigue or compulsion, are moving out of their houses and indulging in social mixing, leading to a rise in cases. Further, many countries in the world and regions in those countries have eased restrictions, even announcing relaxation in safety measures like masking and social distancing, she said.

Swaminathan said while vaccination levels in some countries are reducing severe Covid-19 cases and hospitalisations, there are parts of the world that still face oxygen shortages, lack of hospital beds and higher mortality rate.

In another interview, Swaminathan said Covaxin’s Phase-3 data looks promising and the vaccine can hopefully be approved by the WHO by mid to late August.

“I think the Phase-3 trial data (of Covaxin) is good and encouraging. The good thing is that they have also looked at the variants and they are sequenced about 60 per cent of the breakthrough variants that were seen in the trial. The overall efficacy is high while efficacy against the Delta variant is comparatively low, but it’s still very good,” she had said.