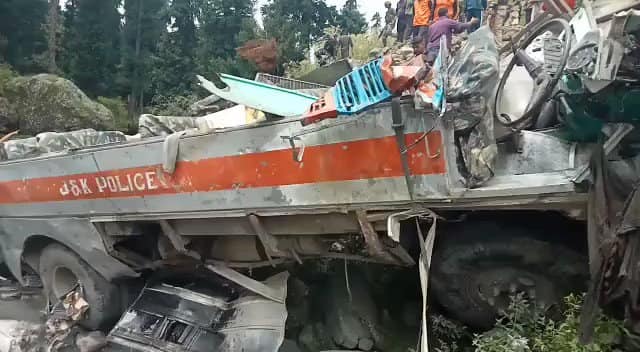 Srinagar: An ITBP personnel, who was injured in the Pahalgam road accident succumbed at SKIMS Soura on Tuesday

With this, the death toll has reached eight.

He said that the injured jawan succumbed to his injuries during treatment today.

Seven ITBP personnel were killed while 32 others including two J&K Police personnel were injured when a bus carrying them fell into a gorge near the Chandanwari area of Pahalgam on August 16.

It may be recalled some of the ITBP men have been airlifted to Delhi for treatment. A few days ago union home minister Amit Shah visited AIIMS to check on the injured jawans.