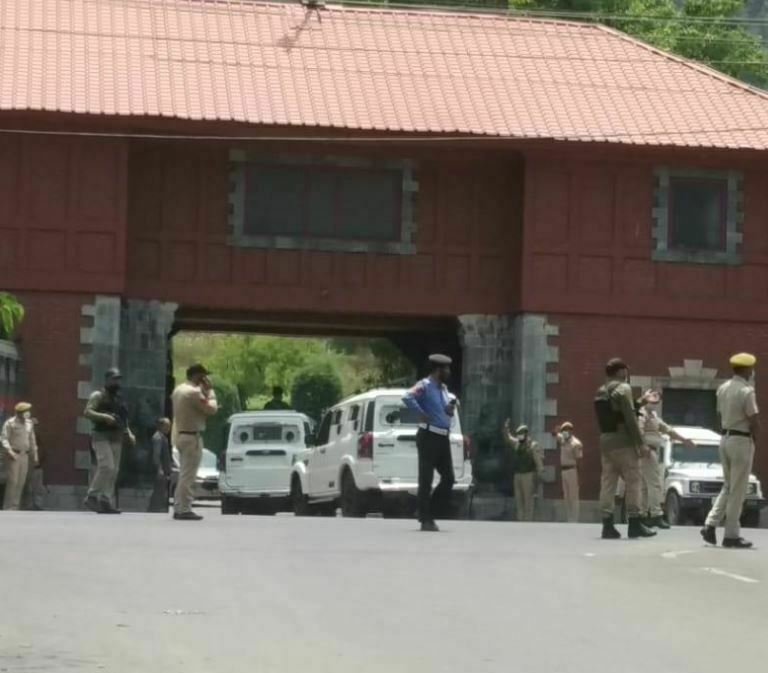 The delimitation commission headed by Justice (retired) Ranjana Desai was constituted by the Bharatiya Janata Party (BJP) led New Delhi government in March last year. The main aim behind the setting up of the delimitation panel was to give representation to the ‘unrepresented’ sections and regions of the union territory. Voices in the Jammu region had always alleged that they were underrepresented in the assembly.

On the other hand, the Kashmir centric parties felt the delimitation exercise would favor Jammu and ultimately result in more seat share for the region where BJP wins the maximum electoral seats. After the initial boycott, most of the major political parties of Jammu and Kashmir barring the Peoples Democratic Party (PDP), however, met the five-member delimitation panel during its ongoing visit to the union territory. Now that they decided to meet the panel members, the discussions should have ideally revolved around delimitation.

Some even gave an impression that they had met a parliamentary delegation tasked to discuss the ‘Kashmir issue’. Take the case of the Congress delegation that met the panel for example. Given the mandate of the commission, raising issues of statehood or the release of political prisoners made no sense.

If Congress felt that the restoration of statehood was necessary before the delimitation exercise that has already been set in motion, why did it meet the panel? It could have chosen the boycott path of the PDP or the Awami National Conference (ANC) that is trying hard to make itself relevant in the present political scenario. In sharp contrast, the Congress at the same time stated in its memorandum: “It is, as such, incumbent upon the Delimitation Commission, which is a Constitutional body, to stand by the test of equity, equality, fairness and transparency as per the mandate given to it by the Parliament of India and to conduct the delimitation exercise with utmost integrity, in accordance with the established and time-tested principles and without a shade of bias and unfairness towards the ruling party at the Centre.” Therefore, Congress opposed and supported the panel in the same breath.

Just like the Congress, the National Conference too came up with dichotomous statements. It first stated in its memorandum that the delimitation exercise should not have been conducted till the Supreme Court decided on the pleas challenging the constitutional validity of the Jammu and Kashmir Reorganization Act 2019 and other related orders.

In a write-up for a national daily, former finance minister Haseeb Drabu too had called for the distribution of Assembly constituencies on the basis of ‘population rule’. “With the population as the base, the allocation can be tempered by giving some weightage to its density. If the inverse of population density is used, it will work as a relevant surrogate for the area, since low population density will get a higher weightage,” he had remarked.

In the given context, the Kashmir-based mainstream political leaders willing to engage with New Delhi have to present a strong case before the panel. In case the apprehension that Jammu would be given a ‘lion’s share’ comes true, the stature of the mainstream leaders of Kashmir will get reduced further. They have already been left in no-man’s land after the abrogation of Article 370 on August 5, 2019. The engagement with the delimitation panel has to be proactive if they wish to ensure transparency in the number of seats allocated to the two regions of Jammu and Kashmir. The Valley-based leaders have to find out ways to make themselves relevant once more in the changing political scenario. Seeking statehood or release of political prisoners before the delimitation panel will achieve nothing.
(Views expressed are personal. Email: [email protected])