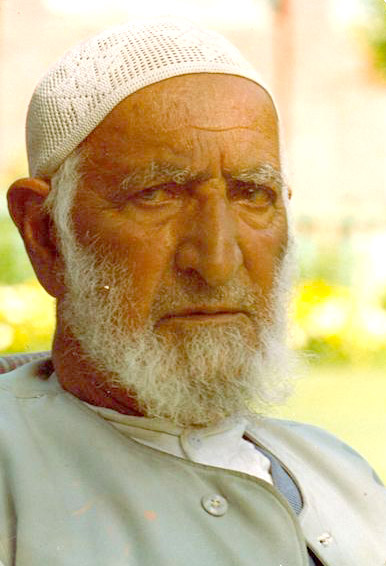 “What is the essence of poetry”? Is it simply a reflection on and a reaction to what a poet sees around? Or does it have its own structure and essence – a defining core, which lies beyond the social transience, which a poet is subjected to? From times immemorial, poets have been regarded as individuals smitten by cosmic forces – Devil or Divine. No doubt, poets spoke and sang of issues which concern man in his corporeal capacity, but what engaged them mostly was an obsession with “Beyond”, “Transcendence”, “Eternal Forms”, “Absolute beauty” and “The Truth”. Poets across ages tried to capture the fleeting flashes of “Being” as it manifested itself in the world of Singularity of meaning and plurality of forms.

It has often been said that the poet, while he is engaged in his craftsmanship of words and experiences, stands at par with God in his creative activity and by virtue of his capacity of giving birth to new modules of form and meaning (Harf O’ Ma’na), he brings into existence something which was latent hitherto and existed only as a possibility. But this description and these characterizations do not apply to all poets and nor does every poetry entitle itself to the category of this “higher poetry”. This higher poetry doesn’t engage itself with the slime of the issues of life as encountered in forms of bread, cloth and shelter. It rather attempts to introduce man to his essence – spiritual or otherwise and engages with the Meta questions of man’s relationship with the God and Universe and with his own self. It is amidst the nexus of this Man-God-Universe trilogy that the classical works in poetry transcending the contours of space and time saw the light of the day and it is these issues that classical and the greatest poets of all times engaged with. Does this mean that poets are unaware of their milieu and do not take any stock of the situations they are bombarded with? Are they indifferent to tyranny and the suffering of people, to the social and political quagmires and the issues of other orders which invade the lives of people? The case is not actually so and while a great poet speaks of his milieu and the issues attendant to it, he does so in a larger paradigm of poetry of awakening, poetry of eternity and the poetry of soul. The ministry of poetry is not to inform but to form, not to enrage but to enlighten, not to preach but to purify and last but not the least, not to describe but to paint. A poet has to caution himself of the double fallacy – if his poetry becomes too concerned with the issues of today to the point that it forgets the larger destination of humanity itself then it slips down from the castle of poetry to that of daily log or newspaper reportage. If, on the other hand, it becomes too engaged with the metaphysics of being and too engrossed in the description of divinity, it escapes the limits of poetry and turns either into philosophical pugilism or theological hair splitting. The beauty of balance is to be invoked; the temple of meaning is to be adorned by the jewels of words without deifying the words themselves – a tendency which once characterized the Lucknowi School of poetry. An artist imitates the silkworm or the sea shell, and to quote Eliot, “The mind of poet is the shred of Platinum”, which transforms by virtue of his creative ability the raw sensate ideas into highest ideals imaginable to human mind. However, later day art critics, particularly sailing in the boat of Marxist literary theory argue that the methods of production, the economic class struggle and the perennial conflict between the ruling class and their subjects has been the driving force behind all works of art throughout history. The Freudian and the consequent psychoanalytic schools of criticism have seen the roots of art tied to man’s repressed urges – sexual urge in particular. All these theories or theories of literary criticism, as they are called, along with their new addendums like structuralism and postmodernism have a retrospective effect and there is no denial that they reveal the mass of facts about art and artist which would have otherwise escaped our cursory scrutiny. But there is also the danger – and an inevitable one that these theories try to discover in works of art something which actually is not there and attach to any piece of art the dimensions and auxiliaries as may put the artist to surprise. But many people – art theorists included are absolutely okay with these interpretative discourses and “The Death of The Author” is now an accepted literary norm.

These theoretical frameworks may not interest us as such in our endeavour to comprehend and engage with the poetry of Mir Ghulam Rasool Nazki, but an indirect reference to these paradigms now and then obliged us to take a survey of these perspectives in the beginning. Where to start from in our attempt to come at terms with Nazki’s poetry – may be with the poet himself. If it be accepted that “poets are born, not created”, the description of poet as “Talmeez Ur Rehman” may not be difficult to come to terms with. Almost the entire corpus of Eastern/Oriental poetics warrants the Ghalib’s hue of “Nawa I Sarosh” and behind the veneer of “Hijab E Sukhan”, it is widely believed that there is some universal creative force which manifests itself across all the formats of fine arts. Having said that we collide against the question that if the call of spirit is universal, then why don’t we have poets all around and more importantly why do poets differ in what they chose to write about and the manner which they chose to write in. This question may be effectively answered by observing that while we are born with innate capabilities, our upbringing and the clime we are raised in plays a pivotal role in determining what we become and how we decide to shape the world and be shaped by the world in turn. Had he not been the scion of aristocratic clan of Lumbini, would Gautama be known to world as Buddha and if Iqbal had not available to him the early tutelage of Mir Hassan, could he have risen to the stature of the poet of the East and had it not been for Azad’s “Aab I Hahyat”, which Nazki read in some forlorn library of little known school was it possible for us to hold his Kuliyat – This Urdu Kuliyat as we hold it in our hands now, this moment, here, almost a century after he had his earliest encounters with the Urdu poetry . The answer to these questions oscillates in the grey region between the absolute black and white contrasts of affirmation and negation. Let me quote T.S. Eliot from his essay “The tradition and the individual talent”, he writes “No poet, no artist of any art, has his meaning alone. His significance his appreciation is the appreciation of his relation to the dead poets and artists”. It is the continuity of the tradition and by virtue of it the continuity of literary and aesthetic ideals which shape the creative consciousness of any artist – poet or otherwise and it is the circuitry of tradition, which supplies to any poet the substratum on which to build his own castle, from which to erect the towers of meaning and beauty and in continuity of which the poet sees himself as a knot, a connecting link and a moment of drift from indefinite past to the stretches of future. To this end, Nazki was blessed to have a father like Mir Mustafa, well versed with the poetics, the tradition and what is often described as “Hikmah” or wisdom of divine. Was it possible for the inherently brilliant mind of Mir Ghulam Rasool Nazki to remain insular to the wisdom of his father and not to benefit from his acumen and insight? While I do not deny the inherent brilliance of Nazki, but the role of his father seems akin to that of Mir Hassan for Iqbal, in heightening the poetic sensitivity and reception of this prodigious child.
(To be continued….)