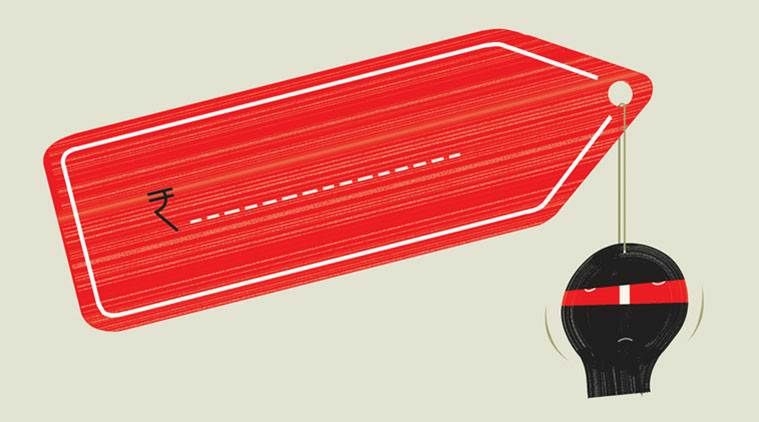 By Haseeb A Drabu

There is a well-laid-out ‘financial reward system’ in place for killing a militant but none for taking him into custody alive. (Illustration by CR Sasikumar)

Last Saturday, 11 people were killed in Pulwama, Kashmir. This is the latest, not the last, episode in an unending saga of killings — seven civilians, three militants and one army personnel. More than three score civilians have bullet injuries.

I have no moral right to blame the present administration, having been part of the PDP-BJP government under whose watch and ward similar episodes happened in 2016. Precious little could be done then, despite the best of intentions.

I have no doubt the National Conference (NC)-Congress government earlier also made efforts to stop the killings in 2008. For all the governments in the state since 1989, the Macbethian foreboding rings true: “Will all great Neptune’s ocean wash this blood clean from my hand? No, this hand will rather the multitudinous seas incarnadine, making the green one red.” It is time to spare the symbolism, stop the blame game and address the systemic issue.

Over the last 30 years, a security system has evolved which incentivises the killing of militants rather than catching them alive or getting them to surrender. The killing of civilians is not just collateral damage but also a natural corollary and consequence of this system. No amount of sensitisation, appeals for restraint, or adherence to a standard operating procedure will make a difference within such a system.

There is a well-laid-out “financial reward system” in place for killing a militant but none for taking him into custody alive. Every time security personnel kill a militant, they get a cash award; the amount depends on the “grade” of the militant killed. For example, killing a “grade A” militant fetches a prize of Rs 7 lakh to Rs 12.5 lakh. This is a legalised version of contract killing; a supari system morally sanctified in the name of national security. In contrast, the policy of ex-gratia compensation for the kin of civilians killed during insurgency-related incidents is just Rs 1 lakh. The reward system does not stop at cash. Those who aid and assist — from a tip-off to confirmed information — in locating the militant leading to his killing are a part of the financial reward chain. They all share in the spoils.

In addition to this, the killing of a militant provides informers and his associates an employment opportunity. Post a “successful” operation, the concerned police official is empowered to appoint special police officers (SPOs) on an ad hoc basis. These appointments of SPOs need no civil government or political approval. Further, the police officer gives a “citation”, which is a recital of who helped in the killings. This citation results in the ad hoc SPO being confirmed in services. He gets regularised after a “successful” operation. The only parameter of “success” is the death of a militant. In this employment-generating murder matrix, civilian deaths are not a criteria or even a negative consideration.

The framework of incentives also includes prestigious benefits like gallantry medals from the President and the police. Invariably, those officers who have led killing operations get decorated. The sub-text of giving these awards amidst fanfare is that a good police officer is not the one who integrates and prevents boys from becoming militants but one who kills them after they become militants. Thus, good policing get defined in terms of elimination and exclusion and not by prevention and integration. Not surprisingly, then, few police officers are interested in building social networks and policing catchment areas where militants are nurtured and indoctrinated. What this entire system does is to institutionalise violence, and in the process, also redefines bravery. Not to be left behind, the media contributes to this system through the commercialisation of violence. It is sickening and without sensitivity.

In the face of such deep dehumanisation, the least that the government can do is to change the system so that it incentivises surrender for the militants and capture for the forces. The policy take away is to have a robust and holistic surrender and rehabilitation policy with a strong social integration component. The latter should keep in mind the fact that, of late, militancy has become a rite of passage of sorts.

Going beyond the specifics of dealing with an encounter in operational terms, the underlying issue is how to deal with political violence. It may sound absurd but the fact is that the Jammu & Kashmir cabinet has never, in the past 30 years, discussed dealing with militancy as an agenda item with a policy and strategy memo, giving options and consequences. Insurgency-related killings have come up many times but only as a resolution regretting civilian causalities and sympathising with the families.

A militant event occurs in a social context and through a social process, and these facts have a bearing on the meaning of militancy in the context of Kashmir. The origins of militancy lie in the absence of social forces capable of challenging the assaults on the autonomy of the state. This, along with an ideologically invertebrate political class, has created space for what is now a ritualised form of militancy, rupturing social norms and values.

The transformation that is sought can only come through the repair and replacement of the extant value system of the civil society. It is the political process inherent in this activity that will give all actions a reformist or reactionary nature. The sooner both sides learn this, the better it is for the nation, state and society.