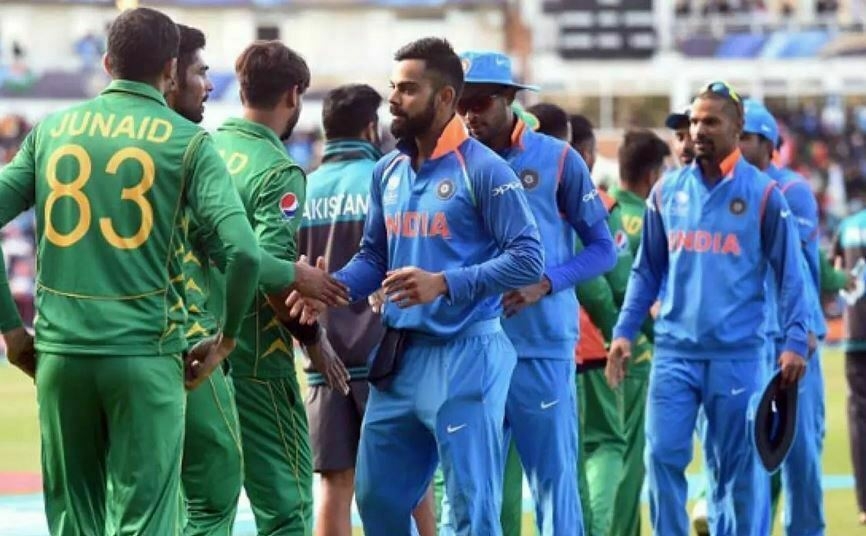 India will clash with arch-rivals Pakistan in their ICC T20 World Cup opener on October 24 in Dubai, the ICC announced on Tuesday.

As per the schedule announced by the International Cricket Council (ICC), India’s next opponent will be New Zealand on October 31 in Dubai, followed by a match against Afghanistan in Abu Dhabi on November 3.

India’s remaining two Super 12 matches are against the winner of Group B (November 5 in Dubai) and second placed side of Group A (November 8 in Dubai).

The tournament’s first round kicks off on October 17 in Oman, with the hosts taking on Papua New Guinea and Bangladesh playing Scotland.

Group A consists of 2014 champions Sri Lanka, Ireland, the Netherlands and Namibia, while Group B has Bangladesh, Scotland, Papua New Guinea and Oman.

The top two teams from each group will qualify for the Super 12 stage.

The Super 12s — round two of the tournament, with two groups — will begin on October 23, with Australia facing South Africa in Abu Dhabi and England up against title holders and two-time champions West Indies in Dubai.

The final will be held in Dubai on November 14 with November 15 marked as reserve day.

The tournament is being hosted by India in the United Arab Emirates (UAE) and Oman since a third wave of the COVID-19 is being anticipated at that time of the tournament.

Pakistan captain Babar Azam is looking forward to opening their campaign and said his side will feel at home in UAE conditions having played there on consistent basis.

“For Pakistan, the ICC Men’s T20 World Cup 2021 is like a home event as the UAE has been our venue for more than a decade. We have not only nurtured our talent and developed our side in the UAE but have also beaten the top sides in these conditions to peak to number-one in the ICC T20I Team Rankings,” he said.

“All the players are excited, motivated and enthusiastic, and view this tournament as an opportunity to showcase our prowess and re-establish our superiority in the shortest format of the game in conditions that suit us best.”

“From a personal point of view, this will be my first ICC major event as Pakistan captain. I tasted success in 2017 and suffered disappointment in 2019 when we missed out on a semi-final spot by a fraction of a point despite beating both the finalists in league matches,” Azam added.

West Indies captain Kieron Pollard is eager to defend their 2016 title, which they won by beating England in a pulsating final at the Eden Gardens with Carlos Brathwaite blasting four consecutive sixes in the last over to turn the tables.

“We have a particularly interesting Super 12 group, which sees us come up against Australia, England and South Africa. We can’t wait to get started! West Indian cricketers have always played an exciting brand of cricket and I am sure our fans in the Caribbean and all over the world are highly anticipating seeing us in action,’ he said.

“The ICC Men’s T20 World Cup is going to be brilliant. The standard of T20 cricket around the world is improving exponentially and every nation has a chance of becoming World Champions. It should be one of the closest and most competitive world tournaments to date and we can’t wait to get started.”