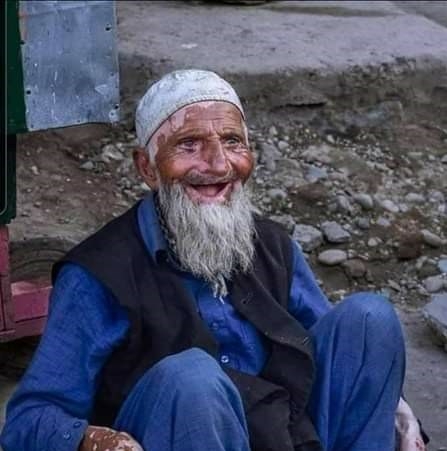 SRINAGAR:  A heartwarming gesture by Srinagar police chief Sandeep Chaudhary to pay Rs one lakh from his pocket to a 90-year-old man who was robbed in the old city is breaking the internet in Kashmir.

Abdul Rahman, a roadside channa seller, was thrashed by some robbers at Bohri Kadal before decamping with Rs one lakh which he had saved for his last rites.

A video of an old man went viral in which he detailed the incident. He said he was thrashed black and blue before robbers snatched Rs one lakh.

SSP Srinagar was moved by his plight and he decided to help him before the robbers are caught. “Sometimes it takes time to catch the culprits. I saw his face and I was moved. Money is not a problem. Even iPhone is more than Rs one lakh. So I decided to help him in my small way,” Chaudhary told The Kashmir Monitor.

SSP said usually old men take along their money because of the fear of misplacing it. “He had Rs 1.60 lakh with him. In one pocket, he had Rs one lakh and in another, he had Rs 60,000. Robbers looted Rs one lakh. For a poor man, saving so much money takes life. I felt very bad,” he said.

Police have registered an FIR and investigation has been put on the fast track. “We showed him the pictures of some suspects yesterday, but he could not identify anyone. The investigation is on,” he said.

The gesture of the police officer is winning hearts in Kashmir. Twitter exploded with praises for the IPS officer who went beyond the call of duty to help the old man. “Good appreciable gesture,” tweeted one user.