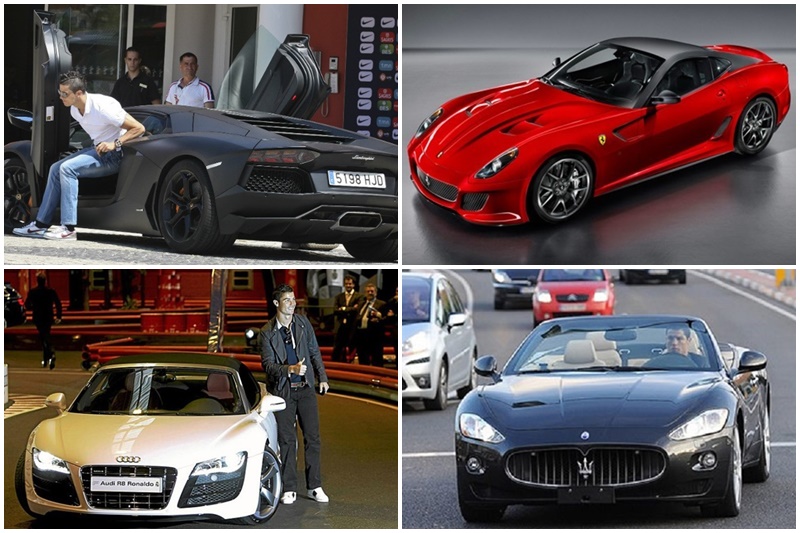 SRINAGAR: From Bugatti Veyron to Ferrari, Cristiano Ronaldo is a petrolhead at heart.  The Portuguese football star has 19 expensive cars worth $ 4.9 million in his fleet.

Having a net worth around 1 Billion pounds, Ronaldo’s weekly earnings are more than 3.65 lakh pounds.

Plus his endorsement deals make him one of the richest footballers in the world.

Mercedes-Benz C220 CDI is the lowest priced car in his fleet.

Another car in his fleet is Bentley GT priced at $ 220,000.He also owns Aston Martin DB9 priced at $ 2 lakh. Audi R8 is another beauty in his garage. Priced at $ 150,000, the car is favorites of most of the celebrities across the globe.

Ronaldo owns three Ferrari cars. Each of the cars is priced more than $ 3.50 lakh
How can he miss out super Rolls Royce? The footballer owns Rolls Royce Phantom worth $ 400,000.