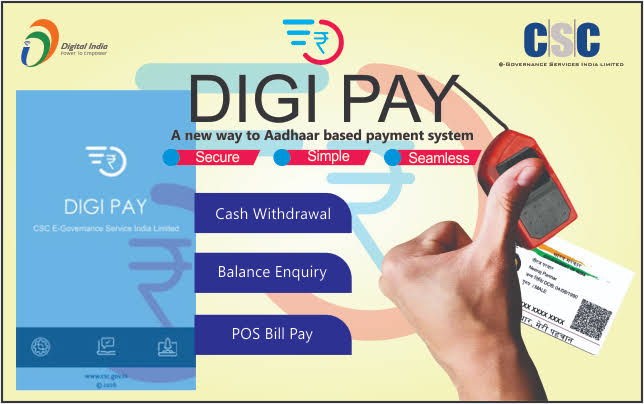 SRINAGAR, JULY 15: Digi Pay Sakhi Scheme is providing financial access to the people of remote areas in Jammu and Kashmir.

People belonging to the village areas now are able to take the benefit of the additional banking and financial services. It is one of the initiatives that has been started by the Prime Minister to take banking services to people’s doorstep.

In an endeavour to promote door to door digital banking and financial services in remote areas of Jammu Kashmir, J&K Rural Livelihood Mission (JKRLM) has trained 125 women from Self Help Groups as DIGI-Pay Sakhis in 2000 villages under Mission ‘One Gram Panchayat-One DIGI-Pay Sakhi’.
Lieutenant Governor, Manoj Sinha, led administration is taking several ground breaking steps to transform the lives of women of Jammu and Kashmir especially those living in rural areas by engaging them in gainful livelihood interventions.
Lieutenant Governor, during the launch of Mission ‘One Gram Panchayat-One DIGI-Pay Sakhi’ in the UT last year distributed 80 Aadhaar Enabled Payment Systems (AEPs) among the DIGI-Pay Sakhis under JKRLM.
At the launch event, Lieutenant Governor said that DIGI-Pay Sakhi has introduced financial inclusion within the UT’s Self Help Group (SHG) ecosystem creating much needed financial access points with greater transparency even in remotest of the areas.
Apart from depositing money, the village population can also avail the benefits of additional banking and financial services such as Pradhan Mantri Kisan Maandhan Yojana, registration of Kisan Credit Card etc under this mission.
Under the mission, Rural Livelihoods Mission, J&K has trained DIGI-Pay Sakhis in financial services training courses run by BSE in J&K. The DIGI-Pay Sakhis are also spreading awareness among rural women to avail maximum benefit of various central and UT sponsored schemes..
Believing that Nari Shakti’s social and economic independence is the bedrock of any nation’s progress, the J&K administration has started a mass movement for socio-economic uplift of women across the UT. The three new initiatives of Digi-Pay, Krishi Sakhi and Pashu Sakhi besides several other programs of women empowerment such as Hausla, Tejaswini, UMEED, Rise Together will further supplement the efforts of J&K government in empowering women and making them a key partner in UT’s development journey.
Notably, J&K government is working to set up Women Industrial Estate at Udhampur to further strengthen the Women Entrepreneurs ecosystem in J&K.
With increasing female literacy rate, enhanced access to quality education, encouraging more and more women to become entrepreneurs and providing financial support for the uplift of women, Jammu and Kashmir is now leading in the world of women empowerment.