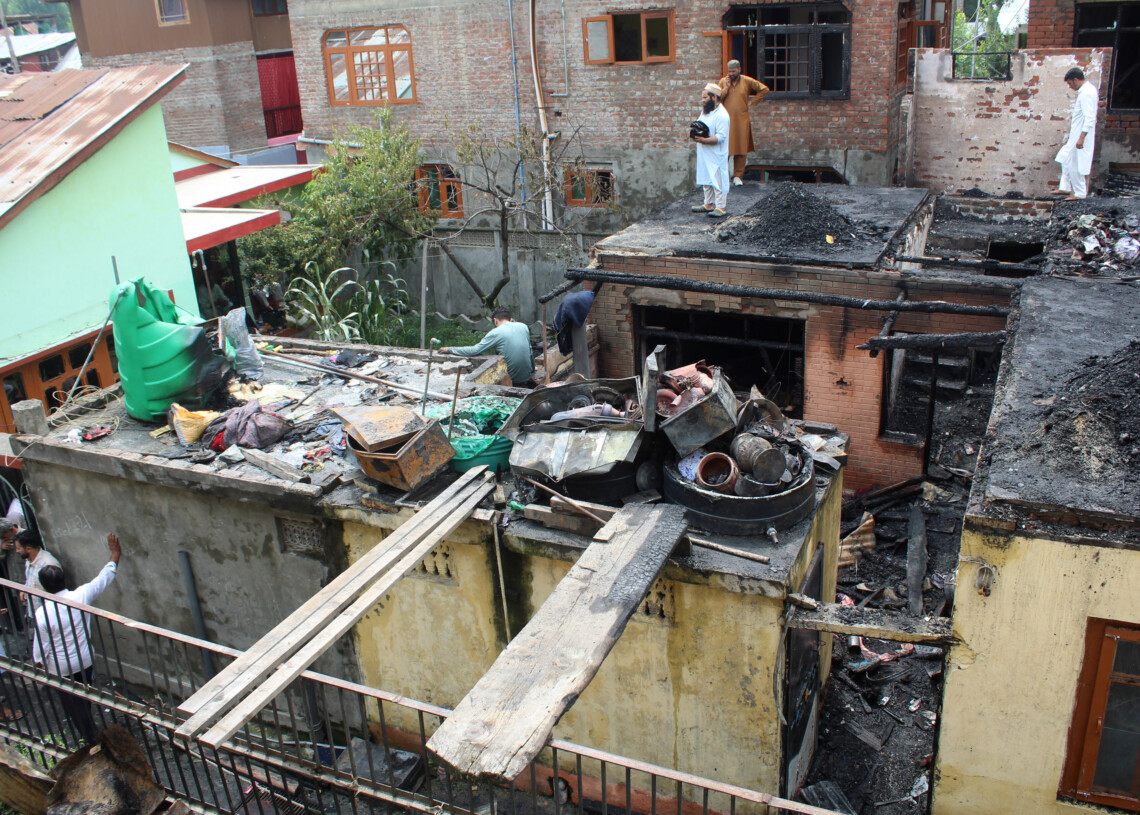 Srinagar: Carpenter Bilal Ahmad was busy giving final touches to his daughter’s marriage when devastating fire engulfed his house at Khanyar. A kidney patient, he lost everything in a fraction of seconds.

Though the neighbours rescued Bilal and other families, they were unable to save their belongings. With no roof over their head, the affected families have appealed to Lieutenant Governor administration for help.

“Three houses have been fully damaged including the one that belongs to Bilal Ahmad Haroon. He is a kidney patient and now is unable to work due to his health condition. His daughter was about to get married and they lost everything in the fire. He already has to spend a lot of money for medicines and treatment. We appeal to the government and NGOs to help the affected families,” said Adil Ahmad, a neighbour of the fire victim.

“His brother, who also is a carpenter, has been rendered homeless as well. They have presently been shifted to a nearby marriage hall. Thanks to the efforts of the local youth, all three families were rescued but we could not save the belongings. Three houses are completely damaged,” he said.

Bilal’s brother Muneer Ahmad said their mother was paralysed and she was rescued by the locals after putting in lots of effort.

“With the help of locals, especially the youth, the family members got rescued. Our mother is paralysed and it took us a lot of time to take her outside. By the time we could save human lives, everything else got destroyed. Bilal cannot work due to his health condition. We hope the government and NGOs come here and see our plight and then they will see that we have lost everything,” he said.

A Darul Aloom and two residential houses were completely damaged in the fire incident at Lone Mohalla, Khanyar. A marriage hall and two more houses in the vicinity also got partially damaged.

The exact cause of fire has not yet been ascertained even as a team of police and officials of the Fire and Emergency department visited the spot to take stock of the situation.