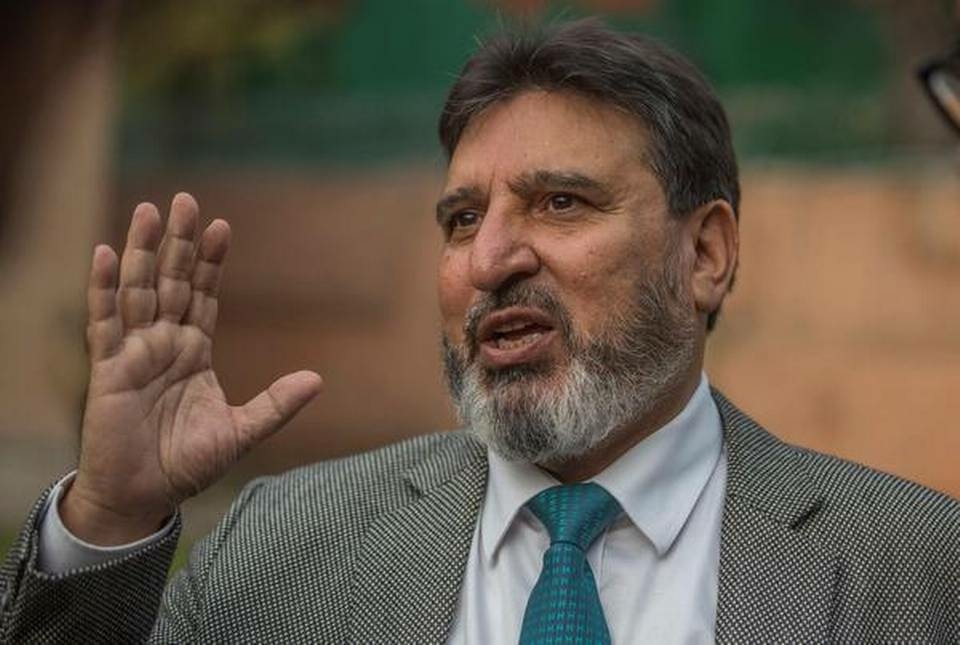 SRINAGAR, April 2: Jammu Kashmir Apni Party (JKAP) president Syed Mohammad Altaf Bukhari on Thursday expressed serious concern over the plight of J&K residents who despite completing the mandatory quarantine period in various parts of the country are not being brought back to Jammu and Kashmir.

In a statement issued here, Bukhari said a number of J&K students and pilgrims evacuated by the government of India from Iran have been declared negative for COVID-19 after passing a mandatory quarantine period in Mumbai.

“Ironically it is the J&K authorities who have shown complete indifference towards them and have refused their return to their homeland. These hapless J&K residents have been compelled to continue staying at the quarantine facility in Mumbai leaving the vulnerable to infections of the deadly disease,” Bukhari observed, while calling for immediate intervention of the Lieutenant Governor G.S Murmu in the matter.

Similarly, he said, that a number of J&K students who were brought back from Pakistan via Punjab have completed their quarantine period and despite the Punjab government offering them transport services, the J&K authorities are reportedly not allowing their entry to Jammu and Kashmir.

“I am also told that a number of students and craftsmen who have completed their quarantine period at Jaisalmer Rajasthan and have been declared negative for COVID-19 are stranded due to apathetic attitude of J&K administration,” the JKAP president remarked.

He urged the Lieutenant Governor of J&K that all stranded J&K residents including students, pilgrims and traders who are held up in different quarantine facilities across the country despite their tests showing negative for COVID-19 be immediately brought back to their homeland.

“How can J&K administration shy away from its responsibility of getting back its stranded residents under the garb of country wide lockdown? When the supply of essential commodities on national highway is not blocked due to lockdown, how has J&K administration left its own residents to the mercy of hostile conditions of quarantine facilities?” Bukhari asked, while demanding an urgent and appropriate action in the matter.

He said that the stranded students, traders and pilgrims are desperate to return to home soon, especially due to the temperature rise across the country. “The J&K pilgrims who were evacuated from Iran, alighted at an isolation bay in Mumbai, where they were checked by health staff and handed over to naval authorities for quarantine. Height of the matter is that these evacuated pilgrims include women upto the age group of 80. How can the old ailing and fragile women stay in quarantine facility even after their mandatory period is over,” Bukhari remarked.

He said that the Navy had provided them support and planned to take them to Budgam, but the authorities in J&K have not cleared their journey. “Similarly, the students who are stuck at Pathankote, are craving for help from J&K administration as they are running short of money and are not in a position to manage their sustenance anymore. I am told, these students have completed their quarantine period and their tests have come negative for COVID-19,” the JKAP president said, while demanding their immediate shifting by air to Srinagar, in view of the dilapidated condition of national highway.

He said that the government of India must arrange special domestic flights to facilitate return of stranded J&K residents from various parts of the country to their homeland, the way flights have been arranged to shift citizens of other countries who were stuck in various parts of the India. “Jammu-Srinagar National Highway, the only road connectivity between J&K and rest of the country remains cut off for almost over seven months a year due to the administrative inertia. In such a situation, it is expected from the government of India to arrange charted flights for the stranded people of J&K who are desperate to return their homes without any further delay,” he opined.