`When Yamraj is on lunch break’: Man survives miraculously when road caves in; video goes viral 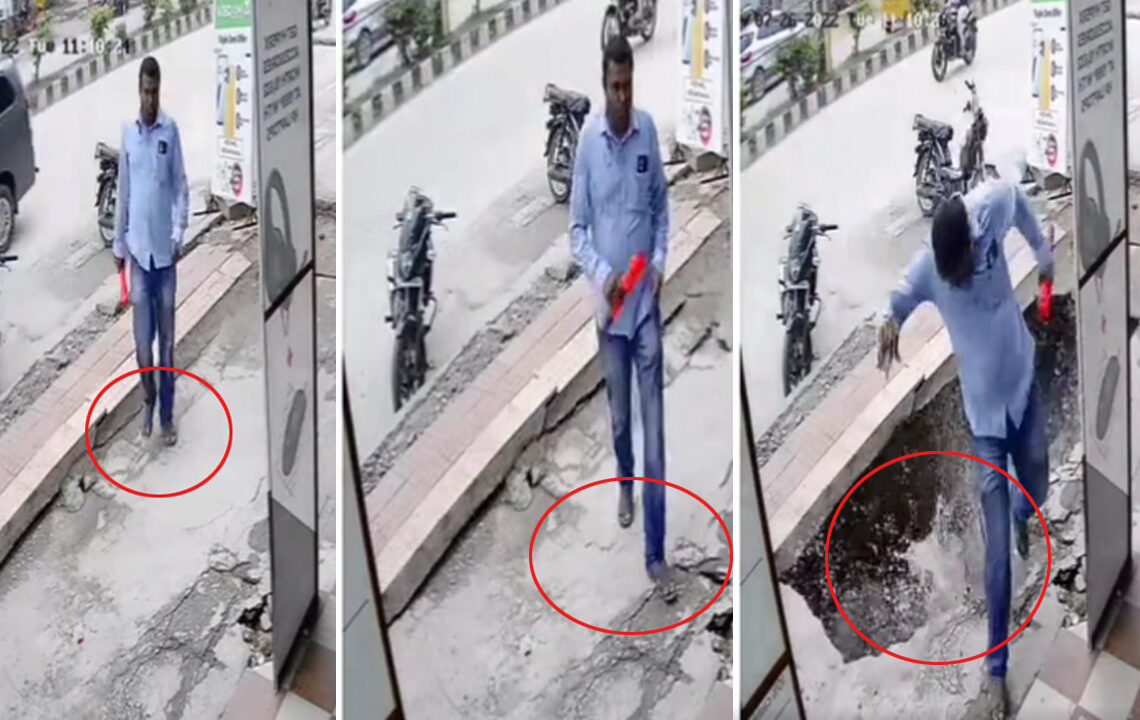 A pedestrian survived miraculously when a road suddenly caves in.

The video of the incident has now gone viral. In the video, the ground on which he was standing caved in.

The man survived because it happened in a matter of seconds. Had it taken a bit longer, he would have fallen into the pit

After looking into the pit, he was petrified.

“When Yamraj is on lunch break”, a Twitter user said.