Vaccine for 12-to-18 year-olds in India from September: Report 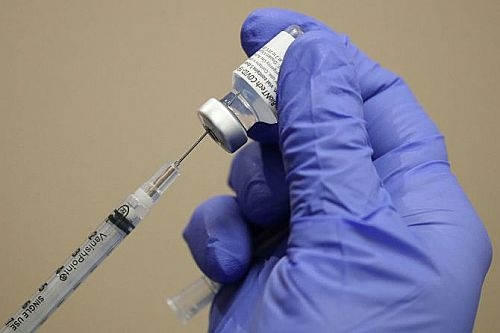 Children are likely to get a Covid-19 vaccination in India by the end of this year as Zydus is working on a jab for 12 to 18 years old, media reports said.

Dr NK Arora, who heads the National Expert Group on Vaccine Administration, told NDTV that vaccination for children will start by September with the Zydus vaccine for 12 to 18-year-olds.

“The emergency use authorisation for the Zydus vaccine will come within weeks,” he said.

This, he said, will be followed up with Covaxin.

“Covaxin phase 3 trials have started and by the end of September, I think we should be there (begin vaccination). I think sometime in the third quarter or by early January-February we should be able to give it to 2 to 18-year-olds,” he said.

But trial data for Zydus Cadila for 12 to 18-year-olds will be available even before that.

“By the end of September we should be able to give it,” Dr Arora said, adding, “The issue of school opening and other things are very important and those are being discussed actively”.

The focus on vaccinating children has been increasing in view of a threat perception for them in the third wave of Covid.

While a large section of experts – including the country’s Paediatric Association — has assured that the perception might be wrong and children will remain protected, the government has decided not to take any chances.

Earlier today, new health minister Mansukh Mandaviya told reporters that the government is planning to implement a health infrastructure package under which paediatric centres will be set up in 736 districts.

The package, he said, will be implemented within nine months.