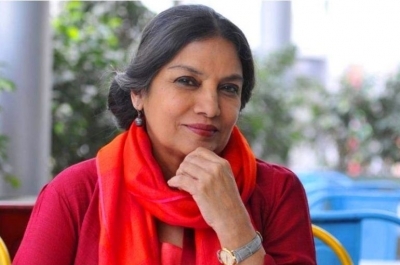 Mumbai: Celebrated actress Shabana Azmi, who’ll be soon seen in the upcoming sci-fi series, ‘Halo’, backed by Steven Spielberg, said that the show gave her the opportunity to explore a completely new genre and that it has been a learning curve for her as an actor.
The actress, who has moved out completely from her comfort zone, said: “Working on this project has been a dream come true. The show deals in Artificial Intelligence, which is a completely new genre for me, hence it gave me the opportunity to learn and evolve.”
She also spoke about her experience of being a part of the show, which is set to release worldwide on March 24, “I thoroughly enjoyed working on the sets with stellar actors such as Natascha McElhone, Pablo Schreiber and Jen Taylor. The visuals are stunning and I cannot wait for the release to see how it will be received by audiences across the globe.”
Back home, Shabana will also be seen in R. Balki’s ‘Ghoomer’ and Karan Johar’s ‘Rocky Aur Rani Ki Prem Kahani’, where she will be seen sharing the screen with Jaya Bachchan, Alia Bhatt, Ranveer Singh and Dharmendra.