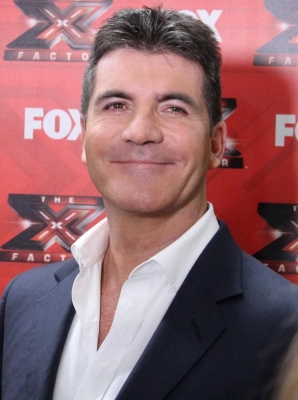 Los Angeles: Television personality Simon Cowell considered having therapy after feeling depressed when he broke his back in an e-bike crash in 2020.
Cowell, who is engaged to his partner Lauren Silverman, told The Sun newspaper: “I considered therapy for the first time when I broke my back because I was very, very, very low. I felt very depressed because I didn’t know how to explain it to Eric.
“I couldn’t do all the things I wanted to with him. I wasn’t sure if I was going to be able to walk again, to ever play football with him. That was a low point. I was on a lot of painkillers but I got off them really quickly. I didn’t want to go down that road.”
He admits that the care from the doctors and support from his family helped him move on from the frightening accident, reports femalefirst.co.uk.
The former ‘X Factor’ judge explained: “But in the end, I decided against therapy as I had great doctors, Lauren was amazing, and Eric was incredible.
“I’m still wearing a back brace which I have to wear when I go out on my bike, and there are pretty big screws in my back, and that’s for life. But I’m here, I’m alive. And I’m grateful.”
Cowell also revealed that he has stopped having Botox on his face and says he is now adopting a healthy diet to stave off signs of ageing.
He said: “There was a stage where I might have gone a bit too far. I saw a picture of me from ‘before’ the other day, and didn’t recognise it as me first of all. Eric was in hysterics. Enough was enough. There is no filler in my face at all now. Zero.
“There was a phase where everyone was having their faces pumped full of this and the other. But actually, for me now, a lot of it comes down to healthy eating and drinking tonnes of water.”