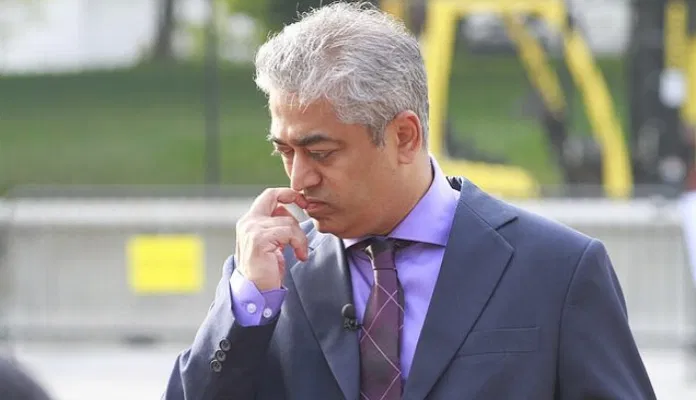 “This is in context with news item being flashed in some news channels about initiating suo moto criminal contempt proceeding against Mr. Rajdeep Sardesai  by Supreme court, it is made clear that no such proceeding has been initiated against Mr. Rajdeep Sardesai. However status shown at Supreme Court website vide case no. SMC (Crl) 02/2021 has been placed inadvertently. Appropriate action to rectify the same is under process,” SC spokesperson said.

Earlier, the news with regard to the suo motu contempt case against Sardesai was carried in the media based on the information available with the top court’s website.

On August 14, the day Prashant Bhushan was convicted for contempt of court, Sardesai had tweeted,

“Prashant Bhushan held guilty of contempt by Supreme Court, sentence to be pronounced on August 20. This even as habeas corpus petitions of those detained in Kashmir for more than a year remain pending.”

Later, when the top court imposed a sentence of Re 1 on Bhushan on August 31, Sardesai posted the following tweet:

“Rs 1 token fine imposed by SC on Prashant Bhushan in contempt case. If he doesn’t pay it, then 3 months jail sentence. Clearly, court looking to wriggle out of an embarrassment of its own making.”

SC has no authority to debar practice- 5 Judge Bench ruling of SC in VC Misra’s case. Why can’t SC apologise and be done with it!”