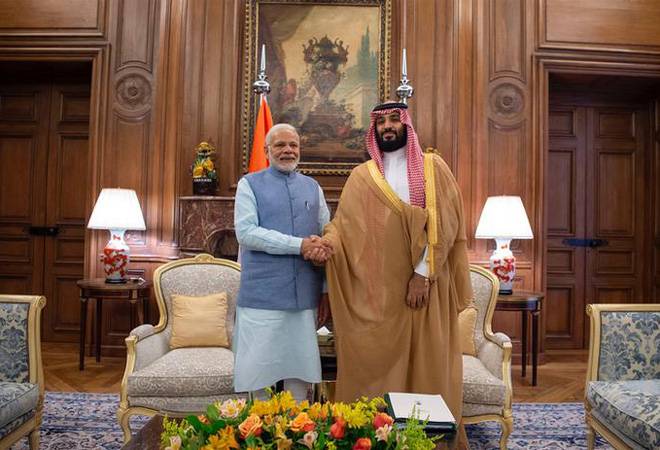 New Delhi: Saudi Crown Prince Mohammed Bin Salman is expected to make a state visit to India on his way to Indonesia for attending the G20 Summit in Bali on November 15 and 16.

His  India visit of Salman is expected as he had been invited for the same by Foreign Minister S. Jaishankar last month. The Saudi Crown Prince and Indian Prime Minister may discuss deepening their existing partnership in the areas of energy, investment, and security.

The Crown Prince has emerged as an undisputed leader in the Saudi Kingdom. He ushered in several reforms when the country is standing at the cusp of transformative changes in society and economy. The Prince is expected to take Saudi-India cooperation to a new height as the Saudi economy is diversifying and seeking a new vision for creating a modern state.

Prince Salman is considered as a reformist and was instrumental in the promotion of modernization of Saudi Arabia, keeping the traditional and cultural values intact. The Prince is applauded for his initiative called the Saudi Vision 2030 program which is a strategic framework to reduce Saudi Arabia’s dependence on oil, diversify its economy, and develop public service sectors such as health, education, infrastructure, recreation, and tourism.

Key goals include reinforcing economic and investment activities, increasing non-oil international trade, and promoting a softer and more secular image of the Kingdom. The Prince desires to give momentum to this initiative that is looking up to cooperation with emerging economies like India.

One of the important components of the Saudi Vision 2030 is to create a thriving economy by increasing employment, women’s participation in the workforce, enhancing international competitiveness, setting up a Public Investment Fund (PIF), attracting foreign direct investment, and promoting non-oil exports. India could be a very important partner for Saudi Arabia to realize its Vision 2030.

For India, cooperation with Saudi Arabia is important for several reasons. It is an important trade partner of India with bilateral trade rising to USD 27.48 billion in the financial year 2017-18, up from USD 25.1 billion in the preceding year. Since then bilateral trade has continued to increase uninterruptedly. Saudi Arabia is India’s fourth largest trade partner (after the USA, China, and UAE) and a major source of energy as India imports around 18 percent of its crude oil requirement and 22 percent of its LPG requirement from the Kingdom.

In FY 2021-22, bilateral trade was valued at USD 42.8 billion. During the period, India’s imports from Saudi Arabia reached USD 34.01 billion and exports to Saudi Arabia were worth USD 8.76 billion registering an increase of 49.5 percent over the previous year. Trade with Saudi Arabia accounted for 4.14 percent of India’s total trade in FY 2021-22. Even the Covid-19 pandemic did not affect the trade much between the two countries.

On the other hand, Indian investments in the Kingdom of Saudi Arabia have spiked in recent years and have crossed USD 2 Billion. These investments are dispersed in diverse sectors such as management and consultancy services, construction projects, telecommunications, information technology, financial services, and software development, pharmaceuticals, etc.

Major Indian companies and corporate groups such as L&T, Tata, Wipro, TCS, TCIL, Shapoorji & Pallonji, Air India, Go Air, Indigo, Spice Jet, etc have established a robust presence in Saudi Arabia. There is a vast scope of cooperation between the two countries in their respective spheres of comparative advantages and the spheres which enhance mutual benefits.

Saudi Arabia’s Cooperation with India may go a long way to help give momentum to its National Transformation Programme to reach the ultimate goals of Vision 2030 while the former could be a reliable partner for the energy security of India and an important market for exports given a vast array of commodities and services that India could offer at competitive prices.

There is already a deep appreciation between the two countries for the huge potential for cooperation. During his visit to India in February 2019, the Saudi Crown Prince announced that the Kingdom would be investing USD 100 billion in India in diversified sectors such as energy, refining, petrochemicals, infrastructure, agriculture, minerals and mining, manufacturing, education, and health in the forthcoming years.

In this reference, the Ministry of Finance signed an MoU with the Saudi Ministry of Energy, Industry, and Mineral Resources in February 2019 to invest in India’s National Investment and Infrastructure Fund Limited (NIIF).

The Framework Agreement of 2004 in this regard provided that both the parties shall consider ways and means for extending and liberalizing the trade relations and also for initiating discussions on the feasibility of an FTA between them. Saudi Arabia as an important trade partner of India and an influential country in the region could help expedite the conclusion of the FTA with GCC.