PM Modi gets emotional, remembers those who lost their lives during Covid 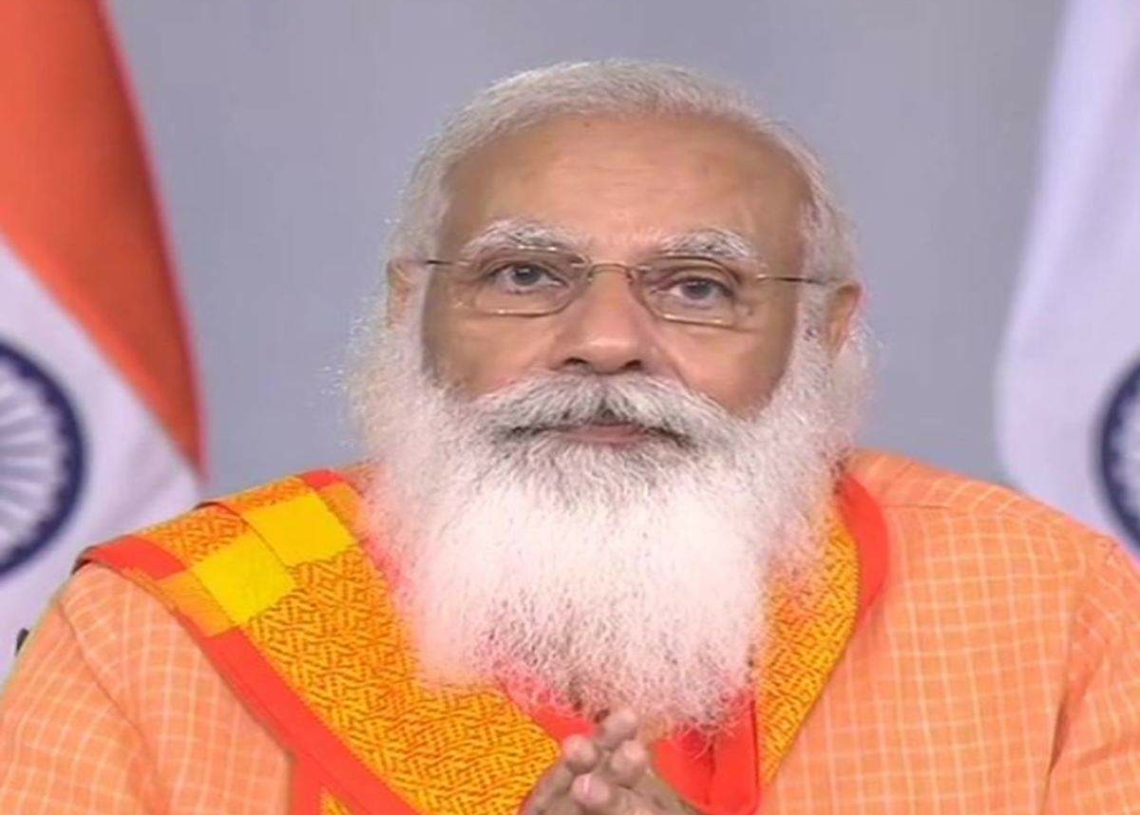 Prime Minister Narendra Modi on Friday got emotional while remembering people who died of Covid-19. PM Modi said, “This virus took away so many people who were close to us. I offer my deepest condolences to their families.”

The effect of the pandemic has been so vast that despite all efforts, numerous lives were lost, the Prime Minister said in a voice choked with emotion.

“You have contained the virus significantly, but there should be no complacency as it is going to be a long fight,” PM Modi told the doctors and frontline workers of Varanasi.

The prime minister gave a new slogan “Jahan bimar, wahin upchar (treatment of the ailing at their doorstep)” during his video conference with the healthcare professionals, saying this can bring down the pressure that the second wave of Covid-19 has put on the country’s health system.

“A lot of work has been done, but there is also a need to concentrate on the rural areas of ‘Purvanchal’ (eastern region of Uttar Pradesh),” PM Modi stressed.

He also took stock of the functioning of various Covid hospitals in the holy city, including the Pandit Rajan Mishra Covid Hospital which was recently started through joint efforts of the DRDO and the Indian Army.

The Prime Minister discussed ongoing efforts for tackling the second wave of Covid-19 in Varanasi and preparations for the future.

Prime Minister Modi also spoke on the importance of vaccination. He said, “Vaccination has provided protection to our frontline workers, who could serve the people. In the coming days, we will be extending vaccine protection to everyone.”

Speaking on the spread of black fungus disease, he said, “In our ongoing fight against Covid-19, a new challenge of black fungus has surfaced. We must focus on taking precaution and preparation to deal with it.”

On Thursday, Prime Minister Modi interacted with district officials of 10 states worst affected by Covid and discussed the situation on the ground.

PM Modi asked officials to spread awareness in rural districts so that the spread of Covid can be curtailed in villages.

During his interaction with the district officials, the prime minister cautioned against slowing down the fight against the disease till its eradicated. “What we have learnt from the pandemic is that even if the cases have dipped the challenge it not over. It will remain as long as the infection stays even at minor levels,” PM Modi said.

The PM also stressed the need to curb vaccine wastage. “Even a single dose of wasted vaccine means that one person was deprived of protection against the disease. Thus, it is crucial to stop vaccine wastage,” he said.