(Opinion) The existential message of Karbala 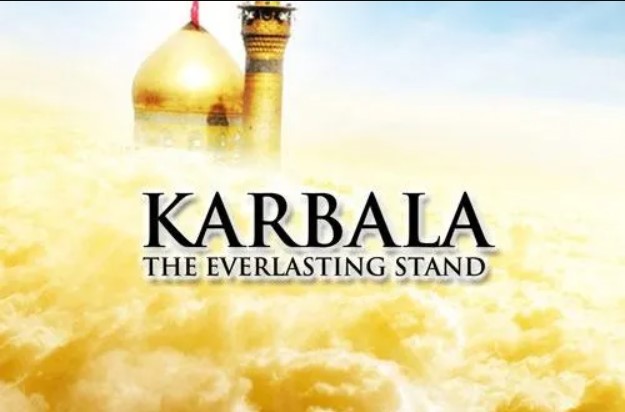 Karbala continues to exercise ineffable command on the intellect and imagination of people. Presenting itself as a paradigm, it continues to inspire people across spatial diversity and temporal infinity to resist injustice, speak truth to the power and bring home the qualitative certitude of Truth in the face of quantitative uncertainty of falsehood. It seems as if Hussain stands out like an existential symbol prefiguring truth, resilience, sacrifice and an archetype of determination in the face of vicissitudes and tribulations of this world – A symbol and archetype this world stands in dire need of.

Hussain, in his essence, is not the result of certain historicity, the historicity which called for his sacrifice and the sacrifice of his family. He is instead a cosmic and universal epitome of that combative response to falsehood deviation as is befitting to all climes. In the existential throes which modern man finds himself, Hussain appears before us not like a flicker, but a sun illumined by divine luminosity predisposed to enlighten the darkness of soul and the world – in his inward and outward symbolism. Hussain is a choice, a choice opting divine will and the call of transcendence as opposed to the lure of worldly pleasures or succumbing to the pressures of self. What courage and faith does it presuppose to have an infant son and for that matter the entire family sacrificed for the cause of God, for the sake of God, for the will of God, in the path of God? People may, and indeed have falsely blamed Hussain for his miscalculation or the lack of political wisdom which ultimately ended in the mayhem of Karbala. But they commit a category error of judging divine will and transcendental call from the finite prism of human contingency. To such class of people nothing can be said except that people like Hussain, who annihilate their will in the will of God are little concerned of the political or worldly consequences of their actions and are attuned to the call of divine, always attending to it and sublimating their cognition, will and being in the light of God, which happens to be the light of the Earth and skies and therefore their own souls.

Karbala is both an inspiration and an examination – it inspires the weak and the marginal in the face of humongous tyranny and injustice, which this world because of its element of contingent material character happens to be. It is simultaneously an examination for those who hold on to its values, celebrate it in its form and exoteric aspect, but when in power or position invert or violate the very essence and spirit of Karbala itself. To be Karbalai or Hussaini is a litmus test and a reward – for it demands action, action against tyranny and falsehood instead of mere mourning and bemoaning. Karbala, which fails to inspire activity, to call the Yazid of time into question, to usurp the structural injustice, ceases to be a universal phenomenon and gets confined to a specific event of historic import, losing its contemporaneous and recurring existential dimension and appeal. When Kierkegaard examined the case of prophet Abraham in his Either/Or, giving it an existential turn, he was thereby speaking not only about Abraham, but all those figures, historic or otherwise, who in their “leap of faith” prioritise heavenly call to earthly exigencies. Hussain had a choice, a moral choice – either surrender to the profane and lend his support the earthly power or fight to establish the kingdom of God, even if it costed him his head and the lives of his dear ones – he chose for the latter, subverting the evanescent material victory of Yazid and his forces by his everlasting moral and spiritual victory. Let it be mentioned in passing that as much as in we are human, we aren’t accountable for the results of our actions for they belong to the realm of causality and therefore heavens. What God demands of us is our sincerity of our intentions and efforts. To this end the doubts shall have no place in mind that Hussain failed to establish the kingdom of God on the Earth, for that kingdom was, a priori existing in his soul.

What has just been said, obliges us to draw out the esoteric and spiritual aspects of Karbala. If Bhagavad Gita is the supreme enactment of Hindu esotericism in the battlefield and amidst the vicissitudes of earthly life, the import of Karbala is no less spiritual in the framework of Islam, and therefore in entire religious paradigm. Only those who have the kingdom of God established in their soul and self can rise up to establish the same in external order of things. Here, in our own self, is enthroned the Yazeed of Nafs, who presses us now and then to oath our allegiance to his side, his forces are no lesser in causing calamity and catastrophe in the realm of our soul as did the forces of Yazid on the scorching sands of Karbala. Our desires and wishes, which are no lesser dearer to us than a child is to his parent are to be sacrificed for the will and pleasure of God. In his “Existentialism is a Humanism”, we come across famous “Sartre’s Dillema” “Sartre tells the story of a pupil of his who was faced with a genuine moral dilemma: whether to stay in France to look after his mother who doted on him; or to set off to join the Free French in England to fight for the liberation of his country. He knew that his mother lived only for him and that every action he performed on her behalf would be sure of helping her to live; in contrast, his attempt to join the Free French would not necessarily be successful and his action might “vanish like water into sand”. He was forced to choose between filial loyalty and the preservation of his country. Sartre first of all shows the poverty of traditional Christian and Kantian moral doctrines in dealing with such a dilemma. Christian doctrine would tell the youth to act with charity, love his neighbour and be prepared to sacrifice himself for the sake of others. However this gives little help since he still would have to decide whether he owed more love to his mother or to his country. The Kantian ethic advises never to treat others as means to an end. But this gives no satisfactory solution (Link). But the dilemma of this order doesn’t arise in Hussain’s paradigm, where all relations and all animosities are rooted in the notion of “Love for God, Hatred for God, Fight For God and peace for God”.

Karbala is a perpetual and incessant enactment in the Anfus and Aafaq – within and without. Those who respond to the call of the Truth in the spirit of Hussain are therefore entitled and obliged by their very affiliation to make an existential choice between truth and falsehood, stand by the former and repel the latter. Those who weep for Hussain and his sacrifice shall not be oblivion of the essence, spirit and message of his sacrifice, for the tragedy of mankind is to worship the form (Sura’h) and ignore the essence (Ma’na). But in Hussein form and essence mirror each other and present before us a celestial mirror in which we can contemplate the beatitude and infinitude of our Spirit.