No hospitals, schools or roads, welcome to the artisans village in Pulwama 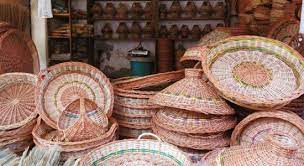 Awantipora: He leaves with his instruments early in the morning and returns at around 4 in the afternoon with tired body and bruised hands. Muhammad Maqbool Mala, who barely manages a living by repairing the Kangrees (fire-pots) of people, lives in a small village named Kanilpora (village of wicker branches) of Pulwama, to the south of Kashmir.

He rambles around in the adjacent villages from door to door shouting out if somebody has to repair his Kangree.

“The people provide me Rs 10 per Kangree. And if they are happy with my work, a cup of tea I could get as a tip,” he says. If luck favours, Maqbool would get a maximum of 10 customers a day.

“I earn 100 rupees on an average. If I am sick or the weather is not favourable enough, it would cost me the earnings of a day,” says Maqbool, a 50 year old man with shaven face and rough scarred hands given the persistent use of the metal tools to fix Kangrees.

The story of Maqbool and his village is very heart-rending.

In an age when governments are mulling over smart cities, the village Maqbool lives in is still devoid of the basic facilities.

“Forget hospitals, we don’t even have a Primary Health Centre, or a school, or an anganwadi centre, or proper roads. If we can summarize it in a single sentence, we don’t have anything at all,” said the village people, who were huddled on a veranda and weaving wicker baskets and Kangrees.

To send their kids for higher education or outside the hamlet where they would have to board a bus, is something unimaginable for them. “With an amount of Rs 100 in a day, do you think we can provide education to our children?” asks Muhammad Rafiq Shaksaaz, a wicker weaver.

“What could you buy from this amount; three soaps and a packet of tea or five kilos of rice? If we will send our kids to school then we have to keep our bellies empty,” says Rafiq. “If there had been a local school, we would have been more than happy to see our children going there.”

The kids go the only high school in the adjacent village where a few study till 10th standard and beyond that only a miniscule number gets through. The whole hamlet which consists of about 30 households with an average of 10 members in each family has only one graduate and three managing to pass the 12th standard.

Basharat Ahmad could only make to the graduation. “His father is a bit well-off from the rest. So, he could manage this quantity of education for him. We can’t afford the bus fare and providing higher education is beyond imagination,” says another villager.

There are two persons in the hamlet who are working as government employees. “One works in food department and the other is a policeman,” he adds.

When fate is doomed everything has an otherwise affect on the poor. The maximum population of the village weaves wicker baskets and Kangrees for their livelihood.

“A few decades ago, we were a bit satisfied with the amount we would earn. But after the intrusion of plastic baskets and other relevant products, our work is completely lull and therefore we hardly see any profit.”

Muhammad Ramzaan, (60) who was working as a weaver (Shaksaaz) since his childhood passes days snoring on the veranda of his house, exchanging shoulders below his head under the sun and warming himself. “It earns you nothing. So why to waste time,” he says with forlornness.

It is not just the intrusion of plastic-made items but government is also felicitating to wind up their occupation. “We used to go to Shikargah forests (in Tral) and would bring the material (Kanee). We would collect twigs from deciduous shrubs, scratch and peel them. But now we can’t go there. The foresters, if see us there, they beat us and snatch away our instruments. At times they ask for money and then only release us.”

“Once, I had to give them 300 rupees and they even took my instruments which I had brought of Rs 1000 though I pleaded to them like anything but they didn’t return them,” says Rafiq.
When asked whether they have ever gone to the government officials, they replied. “Nobody allows us to enter the office. Seeing we clad in rags, the gatekeeper does not allow us to enter and we are shoved out from the gate itself.”

After the September 2014 floods, this hamlet was befallen with other miseries. As the hamlet is situated on the bank of river Jhelum, it was exposed to the fury of nature. Three houses caved in and a number of them were left in very pathetic condition. The government released rehabilitation funds and this village claims that except an amount of Rs 3800 which was given soon after the floods, they didn’t receive anything else.

“Those three households whose houses were completely destroyed got some compensation but the rest whose houses were partially damaged got just 3800. In fact when blankets, lamps, clothes and other things were distributed among other people soon after the floods, we were told to take water bottles and go away.”

A lady from the village took this reporter to her house, the rear end of which was shored up with a wooden pole. “As the earthquakes have been rampant lately for many months, we live restless nights, as the house could collapse any time,” she said.

“The government wants us to vacate the area because it is flood prone but please tell us where will we go? We are not farmers who own huge farmlands. These four walls are the only property we have,” the villagers ask.

In the last elections which saw PDP-BJP coalition coming into power, the MLA of this area, Mohammad Khalil Band had come to this hamlet and asked people to vote for him.
“His majesty said that he would do his work provided we do ours. He meant that he would address our grievances if we vote for him. Once we casted vote in his favour, he never showed his face again,” say the villagers.

While talking to Mohammad Khalil Band, PDP, MLA of Pulwama constituency, he said, “They would be soon constructing a school in the hamlet however Primary Health Centre can’t be established in every Hamlet.”

About the road connectivity he said, that his government had already constructed a fully macadamized road going through the area however this reporter could find only a dusty pavement leading to the hamlet.

When asked why people didn’t have received any compensation apart from an amount of Rs 3800, he responded that he would personally see to it and ensured an immediate redressal.
“If anybody from the area has any kind of problem he should come to me and I would try my best to address his problem if any,” he added. 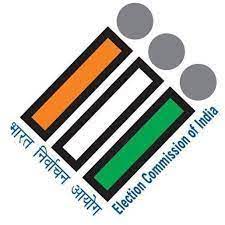