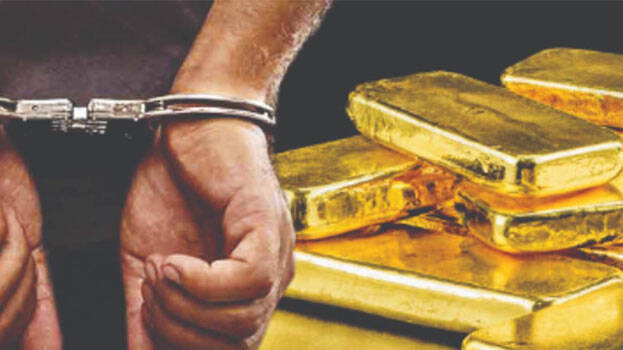 Varanasi: A passenger in Uttar Pradesh’s Varanasi has been arrested with more than half a kilogram of 22 carats of smuggled gold allegedly concealed inside his rectum, Customs officials said.

The passenger was apprehended by the Customs sleuths at Varanasi airport who saw the accused walking suspiciously towards the immigration counter for clearance.

“Gold was concealed inside the passenger’s rectum in the form of three black capsules,” said a senior Customs official.